Elder - Reflections of a Floating World 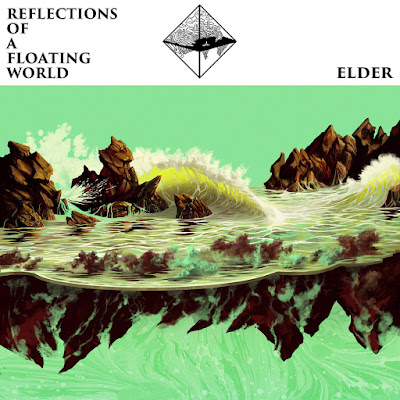 ELDER, the heavy psych band hailing from Boston, USA have released their fourth full length album "Reflections of a Floating World". About two and a half year ago I praised their third album "Lore" here on Tune Of The Day.

The main man Nick DiSalvo claims that COLOUR HAZE and DUNGEN are "the bands that have really influenced the methodology or the philosophy behind the new direction". I see the point, as that is something that's bubbles in ELDERS music, even if the sound is pretty varied and heavily based around rock and metal and engine steams heaviness and riffs from bands like BLACK SABBATH and SLEEP and some psychedelia from ELECTRIC WIZARD.

"Reflections of a Floating World" is 6 track album that clocks in at 1hr 4 min. Their lengthy songs are told as stories, unfolding and undulating across genre boundaries and into new kosmische territory. This is an epic album that floats between sonic soundscapes of progressive rock and hypnotic psychedelia. ELDER have grown as a band and have delivered a full point album once again. It's really fun to hear how everything has improved since "Lore" and that was a very good album. The album needs some time to fall into place, but when it does, you will be stuck forever, well at least for some time :) 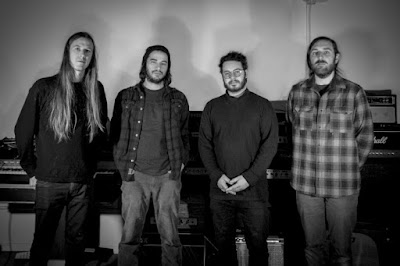 Sum: This is an album that suits the autumn darkness that hides on the doormat.


Today's tune "Sanctuary" is taken from "Reflections of a Floating World", the album was released June 2, 2017. Close your eyes and follow the band on the musical journey to the new kosmische territory.

Listen to ”Elder - Sanctuary" on Spotify!