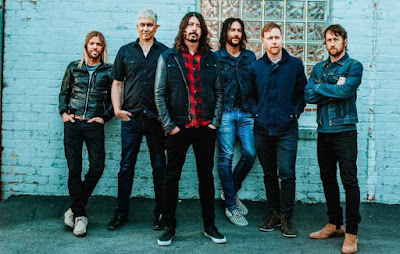 "Concrete and Gold" is FOOs most balanced record yet. It's a very well crafted album, both musically and emotionally, it's full of playfulness and seriousness. It's pretty easy to sink in to and very fun to listen to. The production is made by the pop merchant Greg Kurstin (ADELE, BECK, KELLY CLARKSON, SIA, PINK) adds a fresh and big atmosphere to the album without distorting the classic FOO sound, just a facelift.

"Concrete and Gold" is a 11 tunes long and clocks in to 48 minutes. Opens up softly with soulish tune "T-Shirt", a short love song before it takes it's next step to the punkish "Run", were the FOOs kick in your teeth, another punk bomber is "La Dee Da". The rocker "Make It Right" with Justin Timberlake's on backing vocals, he sings great in a already magic rocker. Acoustic guitars begins the half pace soul beauty "Dirty Water". On of the highlight is "The Sky Is a Neighborhood" a real stadium anthem. "There ain’t no superheroes now" sings Grohl in the BEATLES like "Happy Ever After (Zero Hour)", Jessy Greene plays some violin here. Another BEATLES like tune is "Sunday Rain", it even has Paul McCartney playing drums on it. "The Line" is great car rocker. The album closes up with the title tune, a PINK FLOYD alike beast.

Sum: They did it again! 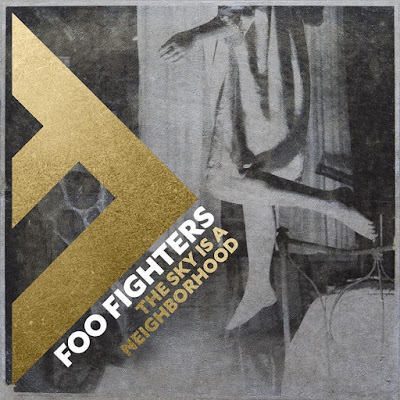 Today's tune "The Sky Is A Neighborhood" is taken from "Concrete and Gold", enjoy!

Listen to ”Foo Fighters - The Sky Is A Neighborhood" on Spotify!