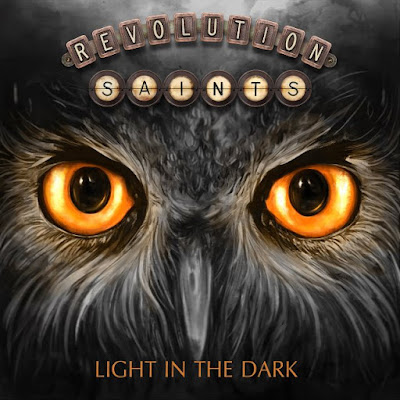 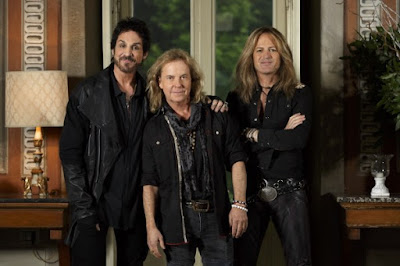 "Light In The Dark" will be available on CD, CD/DVD deluxe edition (includes live bonus tracks on the CD and on the DVD, footage from the band's first-ever live performance captured at Frontiers Rock Festival in Milan this past April, a "making-of" mini-documentary, and music videos for "Light In The Dark" and "I Wouldn't Change A Thing"), vinyl, and as a special limited-edition box set (includes the deluxe edition CD/DVD, 180-gram vinyl, T-shirt [size L], poster, lithograph and sticker).

For "Light In The Dark", REVOLUTION SAINTS once again teamed up with producer/songwriter Alessandro Del Vecchio (HARDLINE, JORN), who was also behind the boards for the band's debut album. Most of "Light In The Dark" was recorded at Del Vecchio's studios in Somma Lombardo, Italy, with additional recording taking place at Blades's studio in Washington, Aldrich's CasaDala studio in Los Angeles, and other countries all over the world while Aldrich was on tour with THE DEAD DAISIES.

The record builds off the classic melodic rock style of the debut, but fans should prepare for a somehow even more inspired set and a few (pleasant) surprises. Inspiring, uplifting, emotionally powerful, and thoughtful, this album WILL be the soundtrack to many a moment in your life.

Today's tune "I Wouldn't Change A Thing" is taken from the upcoming second album Release Date: 13-10-2017. The tune is soft one, more like an old school ballad, well check it out.

Listen to ”Revolution Saints - I Wouldn't Change A Thing" on Spotify!