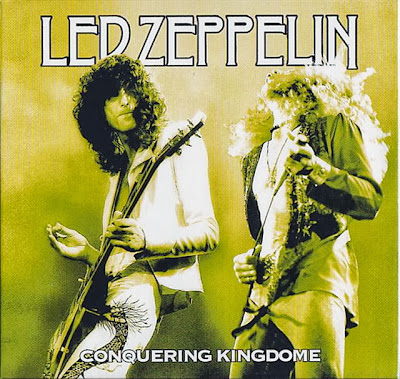 Wednesday, September 25, a day in which I obviously is getting one year older, yes it's my birthday :) Congrats to me! Now that it's my day, I must play something that I really like. Something that is dear to my heart. Then there is a band that really warms up a cold autumn day like this with warm, sweet and delightful tones, and I am talking about Led Zeppelin of course.

A band that I have had close to my heart for a long long time. I remember the first time I heard this band how much impact they had on me, how much I enjoyed the music, a band that I never felt that I get tired on, I always enjoy listening to a Led Zeppelin tune. If I were to be stranded on an Island with music from one band, there is no doubt about what I would choose. Anyway, let's not dig in to this to deep and lets focus on today's tune instead. 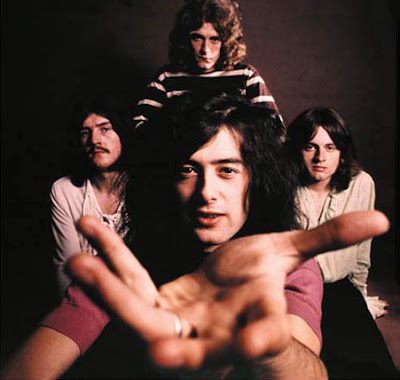 Today I have chosen a tune called "No Quarter", It's a song by Led Zeppelin that appears on their 1973 album Houses of the Holy. It was written by John Paul Jones, Jimmy Page and Robert Plant. The song became a centerpiece at all Led Zeppelin concerts thereafter, until their final tour. It appeared once more in 1994 on Page and Plant's reunion album as the title track. It also appears on Led Zeppelin's 2012 live album Celebration Day, which documented their 2007 reunion performance at the O2 Arena in London.

"No Quarter" was recorded in 1972 at Island Studios, London. It was engineered by Andy Johns and also mixed by Johns at Olympic Studios, London. The version that made it onto the album evolved out of a faster version Led Zeppelin had recorded earlier at Headley Grange, an old mansion in East Hampshire, England. Jimmy Page applied vari-speed to drop the whole song a semi-tone, in order to give it a thicker and more intense mood. In addition to the pitch change, the album version featured a very highly compressed guitar track, giving it a tone unique to Led Zeppelin. The effect is achievable today by means of running a dry signal through circuitry, at a much higher amplitude than the device is rated to handle. This phenomena is commonly observed in Fostex and similar multi-channel recording equipment, dating back to the early 2000's. Very little is known to the exact origin of the tone Page used, or how/why it was done. The guitar solo effect was achieved by direct injection and compression. The song features a brief Shepard scale at the close of the solo section at around the 4:45 mark. Jones achieved a Fender Rhodes-like oscillator effect, as well as a real-time bass synth line, done on early Moog Taurus foot pedals in sequence with the keyboard track, which requires an amount of dexterity. Along with full-range intonation, the depression-sensitive bass pedals were then able to be modulated in-time with the riff, opening up the filter cut-off, rhythmically, judging by the amount the pedal is depressed. The result is a swampy, hollow, and deep bass sound, which was also compressed in the final cut.

The title is derived from the military practice of showing no mercy to a vanquished opponent and from the brave act of not asking for mercy when vanquished. This theme is captured in several of the song's lyrics. The entire vocal track was run though a chorus filter, and a leveler. 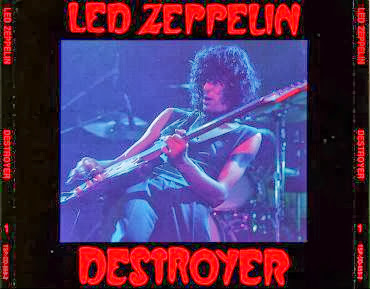 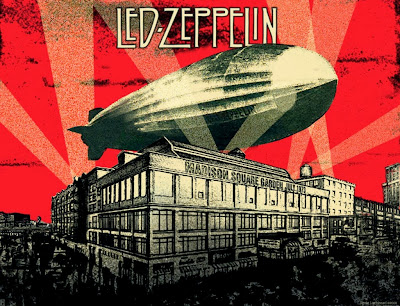 During live performances Jones would showcase his skills as a pianist, frequently improvising on keyboards and playing parts of classical music. On the band's ninth North American tour in 1973, performances of the song lasted twice the length of the studio version. On Led Zeppelin's concert tours from 1975 onwards, Jones would also play a short piano concerto (on a Steinway B-211 grand piano) frequently turning the seven-minute song into a performance exceeding twenty, sometimes thirty, even forty-plus minutes, in a handful of cases. Page and Bonham would always join him later in the song. He was particularly fond of playing Rachmaninoff pieces, but sometimes included Joaquín Rodrigo's Concierto de Aranjuez which had inspired Miles Davis' Sketches of Spain. One version of the song, visually recorded (and available on sites such as YouTube) at the Kingdome in Seattle in 1977, lasted thirty minutes, where, after the piano solo, Jones led the group into a blues jam, as a prelude to the guitar solo proper. (Similar versions from that year where the song was extended to another ten minutes compared to 1975 can also be heard on the Destroyer bootleg CD, or bootleg DVDs of the concerts at Knebworth in 1979.)

In Led Zeppelin's concert film The Song Remains the Same, "No Quarter" was the thematic music behind Jones' personal fantasy sequence, in which he played a haunting masked horseman or highwayman roaming the graveyards. Jimmy Page also used a short segment of theremin as an added sound effect while playing the song live, as can additionally be seen in the movie.

Page and Plant recorded a version of the song in 1994, ironically without Jones, released on their album No Quarter: Jimmy Page and Robert Plant Unledded. Robert Plant played a radically different version of the song as the opening number on his solo tour in 2005, as is included on the DVD release Soundstage: Robert Plant and the Strange Sensation. "No Quarter" was also a central part of Jones' own solo concerts between 1999 and 2002.

No Quarter" was performed at Led Zeppelin's reunion show at the O2 Arena, London on 10 December 2007. The song was played a half step down. Record producer Rick Rubin has remarked on the song's structure, "It takes such confidence to be able to get really quiet and loose for such a long time. Led Zeppelin completely changed how we look at what popular music can be. 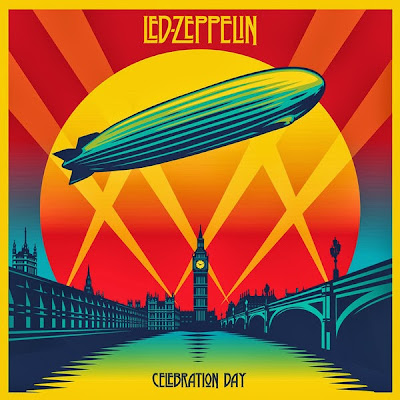 With a little sadness in the eye today as it's 33 years since John Henry Bonham (31 May 1948 – 25 September 1980) left us, he is best known as the drummer of Led Zeppelin and he is one of the greatest drummers in the history of rock music.

Sorry there is no Spotify on this :(