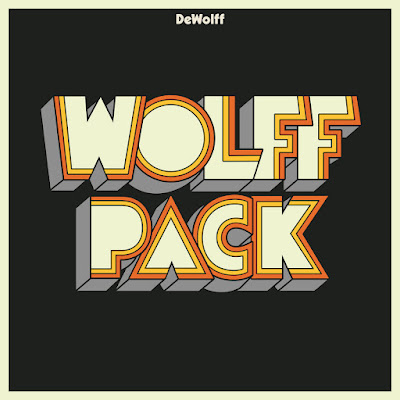 I'm sorry to say, but this is another record that had to stand and wait kindly in the album box with newcomers, with a constant flood of new records, it's easy to miss some. I do not know why this one, I guess I have to blame temporary confusion, but now it's here, better late than never. 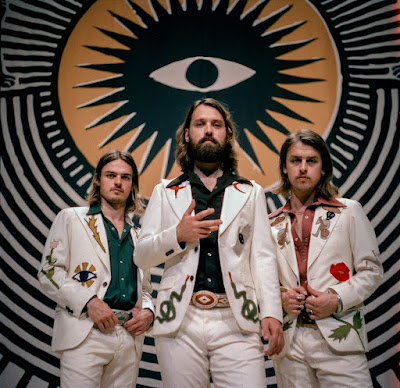 The kaleidoscopic warriors were not long into their 2019 "Tascam Tapes" European Tour when the Covid19 pandemic broke and they, like so many others, had to turn back and head home. However, DEWOLFF is not a band to sit still. When it came to studio album number nine, they had no intention of just waiting for things to blow over.

DEWOLFF is a very creative bunch of guys that over the past three years they have released "Thrust" (2018), "Live & Outta Sight II" (2019) and "Tascam Tapes" (2020) – and despite the pandemic cutting short their touring last year the trio set about creating "Wolffpack", an antidote to the shoestring Tascam Tapes.

"Wolffpack" have been been created in their studio bunker in the Medieval town of Utrecht, The Netherlands. The album may feel a bit scattered to new listeners, but with a wide range of their previous creations where all styles are used again, a bit like the raisins from their own cake are picked. So it will be a bit difficult to decide what kind of genre we really get served here. Anyhow, this is a great spin where the brothers Pablo and Luka van de Poel and Robin Piso have created another majestic record. Where they are experimenting with soundscapes, fuzzy riffing, swamp-rock with horse shoe vibes, infectionasied melodies that makes you as a listner a happy human beening.

The album opens up with a soulful funk rocker of "Yes You Do", a tune that is very catchy. Followed in the same vein in "Treasure City Moonchild", where the third song "Do Me" is a power ballad, a really beautiful one. "Sweet Loretta" is a bluesy one and has a pretty interesting story about "Loretta, the protagonist's childhood sweetheart. She has a rich dad, but he's really conservative, and so she can only inherit his money if she marries a man. But she's lesbian. So, the protagonist, who's also out for this old guy's money, suggests they play pretend and marry so they can split the money." "Half Of Your Love" is another funky, light disco one. Great vibe that get's your legs move. "Lady J" has some cool lyrics that are based on the idea that Lady Justice seems to have a scale that dosen't measure the "weight" of your crime but the tone of your skin. The tune have a great 70s groove. "Roll Up The Rise" is a car driving tune, think Cadillac. The blusey fuzzed-up "Bona Fide" is a thrill and "R U My Saviour" continues but with added horns to spice it up a bit. The album closes up with the folk bluesih forlorn "Hope Train", inspired by Colson Whitehead’s brilliant, Pulitzer winning novel. DEWOLFF really experimenting with hazy soundscapes, loose fizzy riffs, nice and well thought lyrics and marvelous groovy melodies to keep the intrest high. Highly Recomended! Released by Mascot Label Group on 5 February 2021

Sum: A really creative release by these Dutch blues rockers. 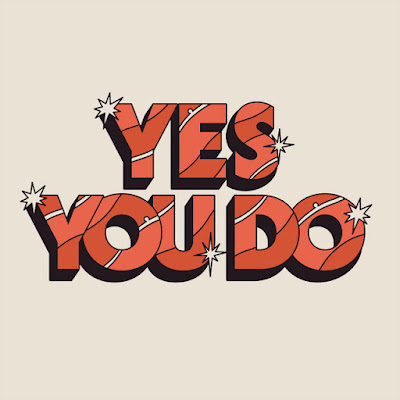 Today's tune "Yes You Do", taken from the album "Wolffpack", enjoy!

Listen to ”DeWolff - Don't Stop Me Now" on Spotify!