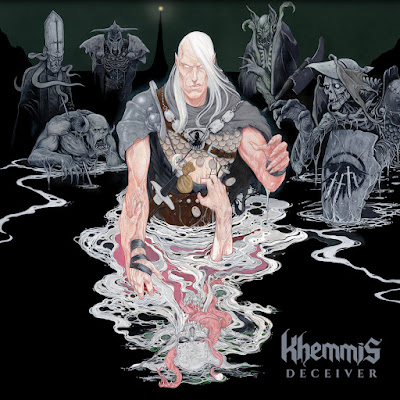 "Deceiver" is the fourth full-length from the Denver doomsters KHEMMIS. A band that I have been following since their debut in 2015. The melodic and gloomy depths of doom in the new wave format that they have mastered so well since the band’s debut.

The band is now a three-piece after the departure of bassist Dan Beiers. The band has been a bit withdrawn the last few years with some exceptions of a few covers, like "Rainbow In The Dark" (DIO), "Down In A Hole," (ALICE IN CHAINS), etc.

While the lyrical themes of "Deceiver", sorrow, pain, longing for hope, will no doubt be familiar to longtime fans, these six songs display a broader collection of musical influences than on any other KHEMMIS record to date. 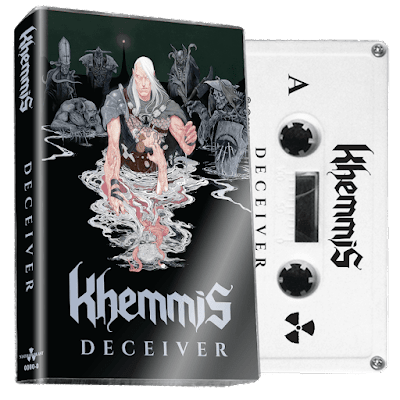 From the opening guitar intro in "Avernal Gate" that suits up to be a real powerful melodic piece that burst out to its oblivion in the end. They really take advantage of every minute of their creation in a magical way without being overwhelmed by the good that few bands can do today. "House Of Cadmus" and "Shroud Of Lethe" are two tunes where both slowly move forward with beautiful and well-thought-out melody loops, soft vocals which over time become increasingly gross and violent, that later on falls back to the more gentle approach. “Living Pyre” the first single is about their personal growth as a band and as individuals, deals bitterness and even anger, with the lines “There’s nothing left to give, nothing to rake through coals”. Marvelous guitars on "Obsidian Crown", a great melodic tune that has a nice flow. The album closes up with the flag on the top in "The Astral Road", the nice acoustic guitar gets the first few lines until the electric entries and showcase a brilliant playing. A powerful heavy metal rocker, with a groovy melodic line that really peaks on this album, just stunning!

"Deceiver" is a well-created album, it needs a few spins before it starts to sink into your soul but when it does it will stay. "Deceiver" was released on November 19th via Nuclear Blast Records. Get it. 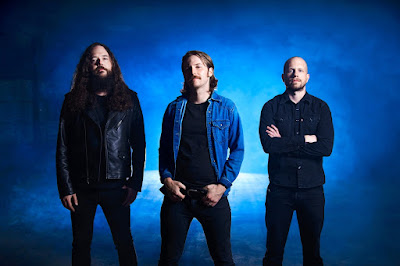 Listen to ”Khemmis - House Of Cadmus" on Spotify!