The Yardbirds - Over Under Sideways Down 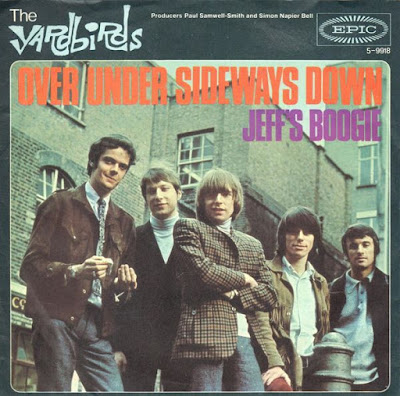 "Over Under Sideways Down" is a 1966 song by English rock group THE YARDBIRDS. Inspired by Bill Haley and His Comets' "Rock Around the Clock", Jeff Beck plays both the lead guitar and bass guitar. The song was released as a single in May 1966, two months before the group's self-titled UK album (commonly known as "Roger The Engineer" and "Over Under Sideways Down" in the US and elsewhere).

The single performed well on the record charts and was ranked number 23 in Rolling Stone's list of the 100 Greatest Guitar Songs of All Time. 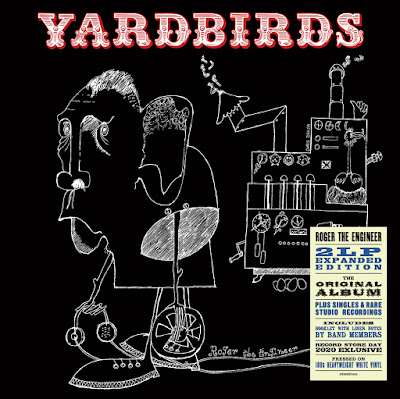 Roger The Engineer is the 1966 studio album by THE YARDBIRDS, featured in both Rolling Stone’s list of the ‘500 Greatest Albums Of All Time’ and Robert Dimery’s book 1001 Albums You Must Hear Before You Die.

Recorded by the classic era line-up of Jeff Beck, Keith Relf, Jim McCarty, Chris Dreja and Paul Samwell-Smith, it finds the band exploring new sonic territories, pushing their blues-rock sound into the realms of the avant-garde, psychedelia and Indian music. This newly expanded edition includes the classic studio album on LP1 and a collection of 1966 studio recordings on LP2, housed together in an alternate sleeve inspired by an ultra-rare 1966 EP cover. Pressed on 180g heavyweight white vinyl, exclusively for Record Store Day 2020.

That was one of the records I bought under the first  Record Store Day, Drop 1. The rest are in the picture below. Hopefully, It won't be as many under Drop 2 & 3. As the main releases are usually repressing of records that you already own, at least it's a great opportunity if you are a new vinyl collector. 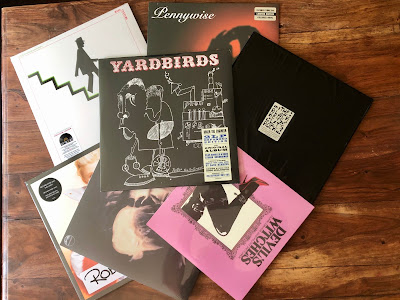 THE YARDBIRDS was formed in London in 1963. The band's core lineup featured vocalist and harmonica player Keith Relf, drummer Jim McCarty, rhythm guitarist/bassist Chris Dreja, and bassist/producer Paul Samwell-Smith. The band is known for starting the careers of three of rock's most famous guitarists, Eric Clapton, Jimmy Page, and Jeff Beck, all of whom ranked in the top five of Rolling Stone magazine's list of 100 greatest guitarists. The band had a string of hits throughout the mid-1960s, including "For Your Love", "Heart Full of Soul", "Shapes of Things" and "Over Under Sideways Down". 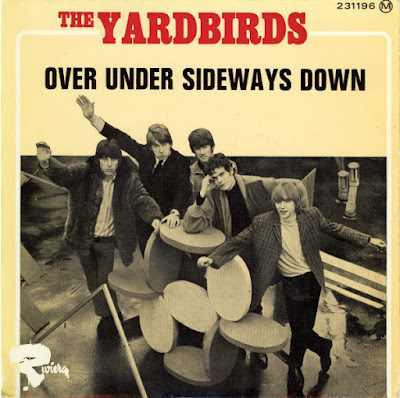 Today's tune "Over Under Sideways Down" was about the situation of having a good time - a bit of decadence, really - in the '60s. Cars and girls are easy to come by in this day and age, and laughing, drinking, smoking, whatever, till I've spent my wages, having fun, explains THE YARDBIRDS drummer Jim McCarty.
Enjoy today's classic.

Listen to ”The Yardbirds - Over Under Sideways Down" on Spotify!