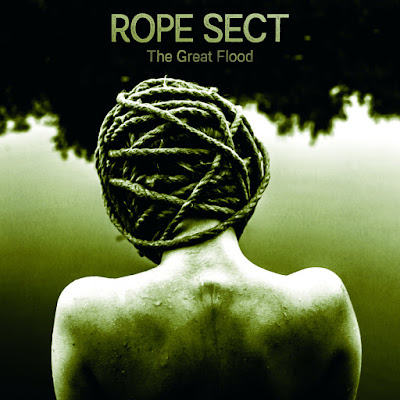 "I, even I, do bring a flood of waters upon the earth, to destroy all flesh, wherein is the breath of life, from under heaven; and everything that is in the earth shall die."
Genesis 6:17

"The Great Flood" is the debut album from Germany's deathrock outfit ROPE SECT.

ROPE SECT quietly but auspiciously debuted in 2017 with their first EP, "Personae Ingratae", followed by the 7-inch Proselytes and is something of a "dark horse" for the label Iron Bonehead, ROPE SECT's disarmingly Spartan style of deathrock soon found fervent followers around the globe, and word-of-mouth momentum built from there. 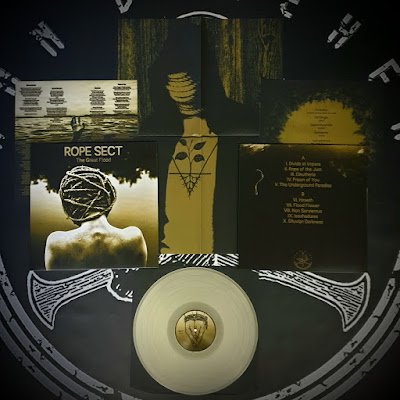 With "The Great Flood" they proving that there were yet further twists to the trio's vast array of sounds and textures. The album is full of great melodies, shimmering atmosphere, clanging minimalism, sharp oscillations, and unforeseen insertions. An album that didn't hook me after the first spin, after a few turns and a relaxed mind it meanders through all obstacles of real piles of cast emotions that are in the way during this crazy time, thoughts about the future, work, and family, you understand what I mean. Each of these ten tunes touches in a way that it almost gives me shiver in ten different ways, both good and bad. The album starts with a quote from scripture Genesis 6:17 (the quote from the beginning of the post), that everything will die, an up-tempo goth rocker and shows an excellent start to the album. The rest of the tunes follows the same path, like "Rope Of The Just" with its great saturated guitars, hefty drumming, round and steady bass line, a melancholic vocal loop. The band slows down and take a calmer and more laid back approach in "Eleutheria". The guitar-based "Hiraeth", opens up with some hefty riffage, great rhythmic texture, almost in a punk rock way until the melancholic vocal steps in, and the tempo slow's down a bit and speed's up in the chorus. The same palette is used in "Flood Flower" and here Mat "Kvohst" McNerney steps in and grabs the mic, he also sings on "Prison Of You". "The Underground Paradise" is a haunting piece of tune, a lovely melody with a gothic charm that effortlessly draws you in. The instrumental "Non Serviemus" is a great rocker but gets a little lonely without the vocal. The album closes with the folky tune "Diluvian Darkness", with its waltzy intro, energy, and haunting melody makes it a perfect ending of the already stunning album. The album is pretty easy to listen to, but harder to analyze and understand.

Dealing with ROPE SECT is joining a dance near the abyss, a walk on ruins, a final revel in the face of man's downfall, and craving for the ultimate freedom that either relieves or destroys you. Venerate the rope, fear the rope.

Sum: The debut album for the DARK ages. 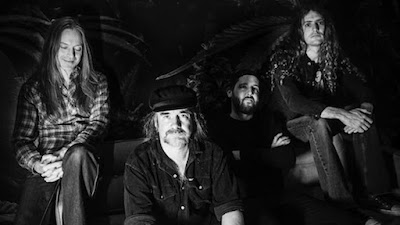 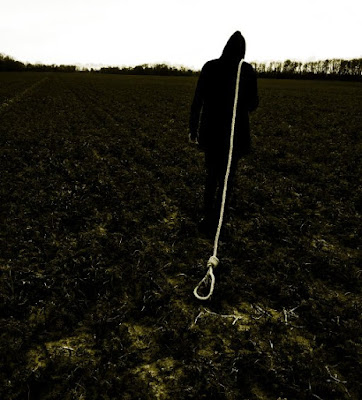 Today's tune "Hiraeth" is taken from "The Great Flood", enjoy!