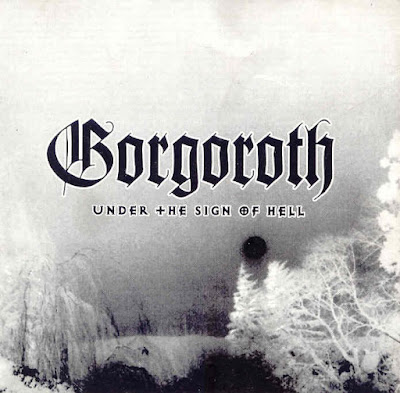 I'm back, after little over two weeks up in the north, the serenity, birds chirping, angry mosquitoes, barbecues, saunas, and the occasional moose really do wonders for the soul.

Also got the chance to meet a lot of childhood friends, as well as my best friend "Peter" who I have hung out with since my first pubic hair grew. Absolutely wonderful and super nice because it happens so rarely.

Back in Stockholm and here some things happen even if it is a bit sparse considering what surrounds us right now. The annual "Stockholm Cruise" takes place in the city, where classic cars drive around in circles and people drink beer and have a cozy time, it would have been nice if you had a nice car to glide around in, but I don't, spend everything on records, haha. At the same time, we have "Stockholm Pride" this week, most of the happenings are in the digital format, but some meet out at "Gärdet" for some socialization.

So I thought we play something that suits in for both events "but with a twist". 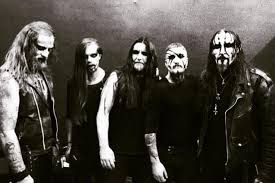 So why not The Norwegian black metal band GORGOROTH, a band based in Bergen and was formed in 1992 by guitarist Infernus, who is also the only original member remaining, and the band has since released nine studio albums. GORGOROTH is a Satanic band and has drawn controversy due to some of their concerts, which have featured impaled sheep heads and mock crucifixions. The band is named after the dead plateau of darkness in the land of Mordor from J. R. R. Tolkien's fantasy novel The Lord of the Rings. Now you are probably wondering, how did he think here??, this is neither "Pride" music nor "Cruise", well it works great to drive to and the common thread to "Pride" is of course Gaahl who is openly gay. Although it is a bit far-fetched, that's me who thinks in an odd way only. 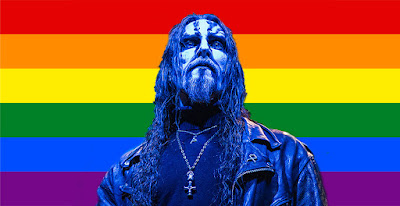 Today's tune "Profetens Apenbaring" is taken from the third studio album "Under The Sign Of Hell". Recorded in 1996 and released in 1997, it was the first album to feature Ares on bass (on one track) and the only one to feature Grim on drums. GORGOROTH re-recorded the album as "Under The Sign Of Hell 2011", released in November 2011 by Regain Records. This re-recorded version was the last album with vocalist Pest.

Today's clip is filmed Live Black Mass Krakow 2004, The concert featured sheep heads on stakes, "crucified" nude models, Satanic symbols, and eighty liters of sheep blood. The band came under fire for violating Polish anti-blasphemy laws as well as Polish animal rights laws. A police investigation took place with allegations of religious offense (which is prosecutable under Polish law) and cruelty to animals. Though these charges were considered, the band was not charged as it was ruled that they were unaware of the fact that what they were doing was illegal, although the concert organizer was eventually fined 10,000zł in 2007, as he knew about it and neither informed the band that it was against the law nor intervened. The whole controversy led to the band being dropped from the roster of the Nuclear Blast Tour and the footage of the concert being confiscated by the police. Enjoy!