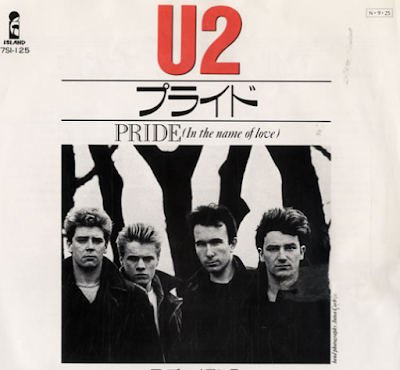 Today's tune "Pride (In The Name Of Love)" is a song by Irish rock band U2. The second track on the band's 1984 album, "The Unforgettable Fire", it was released as the album's lead single in September 1984. Written about Martin Luther King Jr., the song received mixed critical reviews at the time, but it was a major commercial success for the band and has since become one of the band's most popular songs. 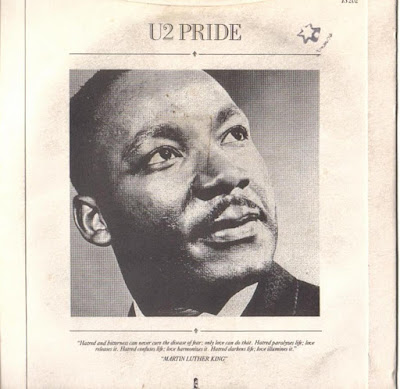 The song is a tribute or illustration or reminder to us, of martyrs to this ideal. It speaks to how they lived their life with an inner Pride in all of humanity and that this Pride is really an expression of God's love for all of humanity. These people did what they did because they were trying to spread this message of God's love for all of mankind. This began as a song about US president Ronald Reagan. Bono had lyrics written condemning Reagan for an arrogant pride that led to nuclear escalation, but it just wasn't working. "I remembered a wise old man who said to me, don't try and fight darkness with light, just make the light shine brighter," Bono told NME. "I was giving Reagan too much importance, then I thought Martin Luther King, there's a man. We build the positive rather than fighting with the finger." King was killed on a Memphis motel balcony on April 4, 1968. Bono sings "early morning, April 4," but King was actually shot at 6:01 p.m. local time. Bono has acknowledged the mistake and sometimes sings it as "early evening, April 4." Chrissie Hynde (lead singer of The Pretenders) sang backup. She was married to Jim Kerr of Simple Minds at the time and was thanked on the album as "Mrs. Christine Kerr."