Accept - Balls to the Wall 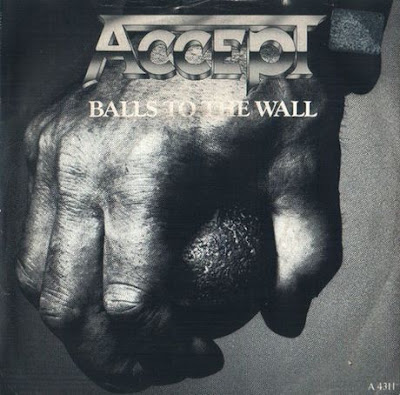 "Balls to the Wall" is a song by German heavy metal band ACCEPT. The song was released as the lead single from their 1983 fifth studio album of the same name. The anthemic title track is the album's best known song, and became ACCEPTs signature song, for which a music video was shot that received American airplay on MTV.

"We've always been interested in politics and in human rights and things like that, so a lot of the lyrics that we had in those days, and to the end actually, were dealing with human rights, for instance, and that's really what 'Balls To The Wall' is all about. 'One day the tortured will stand up and kick some ass!'" 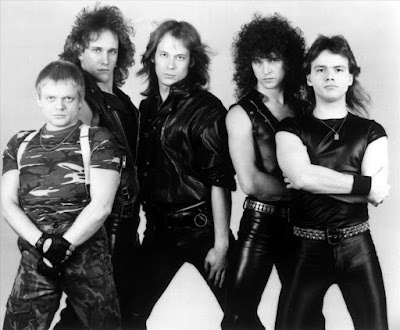 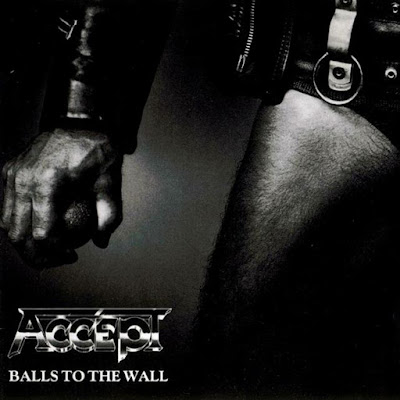 The Video was filmed in January 1984 in London, the song's music video is comprised of clips of the band performing the song onstage intercut with scenes of a wrecking ball taking down a clock tower and scenes with fans of the band headbanging against the wall of the tower. Later during the buildup to the final chorus, the fans march through the ruble of the tower, presumably heading toward the stage where the band is performing. At the end of the video, singer Udo Dirkschneider rides the wrecking ball into the tower and takes out the front doors of the building it stands upon. When he discussed the scene with songfacts.com, Dirkschneider explained he was apprehensive about riding the ball because of the cold, wintry conditions on the day of the shoot, but decided to do it in the end. "It was very cold in London, near the airport", Dirkschneider said, "And especially when I had to step on this wrecking ball. I said, 'Please, no, I don't want to do this!' But in the end, I was young so I said, 'Okay, here we go.' But it was freezing like hell". The video version of the song was edited down to four minutes and twenty eight seconds from the five minutes and forty four seconds of the album version.

Today's tune "Balls to the Wall", here is the official Video form 1984, enjoy!

Listen to ”Accept - Balls to the Wall" on Spotify!