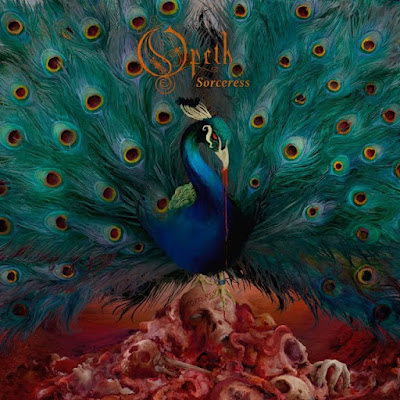 Monday and a new week, time to introduce "Record Of The Week".

"Sorceress" is the twelfth studio album by the Swedish band OPETH. The album was released on 30 September 2016 via record label Nuclear Blast and the band's own imprint Moderbolaget. The album was recorded at Rockfield Studios in Wales. Following the album's release, the band will embark on a world tour with American band THE SWORD as support, see tour dates below.

2016 marks the monumental return of one of heavy rock’s most unique, revered and fearless bands of the last three decades, OPETH. Over the years, the experimental, prog veterans have continuously reinvented themselves, pushing the boundaries of their craft and expectations of fans and critics alike.

"Sorceress" is the 3:rd album that follows the new path of progressive folk rock and is album with great material and with more creative control from a band that dares to take new steps. "Sorceress" is even wider than "Heritage" and "Pale Communion".

The album have many excellent tunes like the gorgeous folksy "Will O the Wisp" to the RUSH alike "Era" or the more traditional outfit in "The Wilde Flowers". The title track "Sorceress" could have been on "Pale Communion", great piece. There is a few real highlights, like "The Seventh Sojourn" where some world music slips in with some grandiose sitar and strings, very beautiful. The duelling organ and guitars of "Chrysalis" and with Åkerfeldt’s confidence singing with a embraced control. "Strange Brew" could be the albums strongest tune with it's spacey masterclass of riff-centric hard prog glory. "Sorceress" is a really good album!

”The new album "Sorceress" is our 12th studio album since our beginnings in 1990,” says Åkerfeldt. “I find it difficult to understand that we’ve been going on for 26 years, let alone that we’ve made 12 records now, all of which I am very proud of. ”Sorceress” is no exception. I love this album, as does the whole band. I wrote the music during 5-6 months and we spent only 12 days recording it at Rockfield studios in Wales. I find that once again we’ve taken a step forward. Or sideways, Or backwards. Somewhere!? It’s different! It’s extremely diverse. And if I may say so myself, extremely good. I feel the right to say that since I like to think I know this band better than anyone on the planet. Also, I always manage to detach myself from the record and listen as a fan. It’s a fine little record. My favorite in our discography right now. Of course. That’s how it should be, right? It’s both fresh and old, both progressive and rehashed. Heavy and calm. Just the way we like it. Hopefully there’ll be others around the globe sharing this opinion. It was a joy to make it. A fucking joy to record it, and a sheer joy listening to it. So there you have it!” 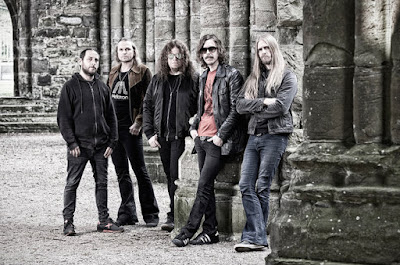 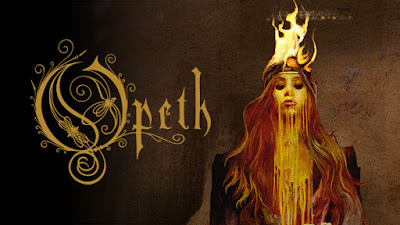 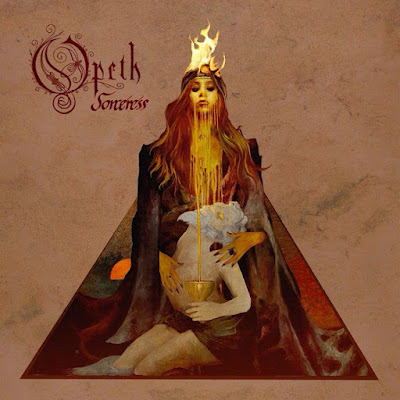 Sum: The 2016 OPETH is heavier than ever and that needs to fit in your record shelf!

Today's tune is the title track from "Sorceress", enjoy!

Listen to ”Opeth - Sorceress" on Spotify!