Judas Priest - Defenders of the Faith 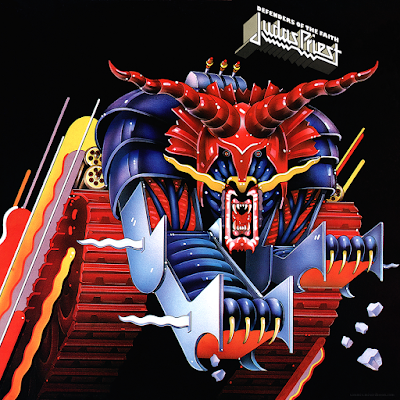 Monday, new week, well you know all what that means by now.

Today will I be a bit nostalgic, an album that made a big impact on me back in the days, a record that have so many spins that I think that I'm on the 3:rd copy of the same album already, that's allot. The album that I will introduce today is "Defenders of the Faith", the ninth studio album by British heavy metal band JUDAS PRIEST. A record that had three tracks that was released as singles: "Freewheel Burning", "Some Heads Are Gonna Roll" and "Love Bites". 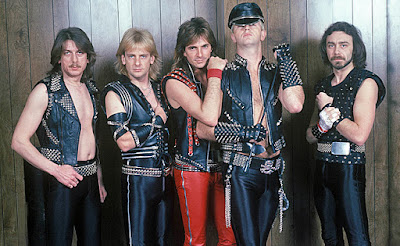 "Defenders of the Faith" is one of the first real Heavy Metal album I bought as a kid, it's was so new, different, hard, fast and heavy. A record that was driven by constant aggression and power. I was familiar with "Breaking The Law", "United" and "Hell Bent For Leather" back then but this was something new, I remember that I was totally speckless and paralysed when the first spin was running on my own Sharp VZ-1500 stereo. A pretty cool thing that you could play both sides without lifting a finger, see picture below. (Had to google it as I don't find any picture of it now, mine was black) 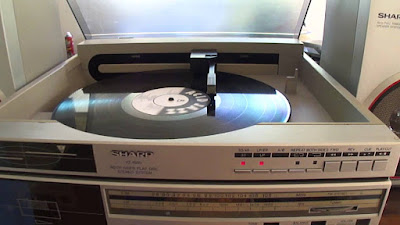 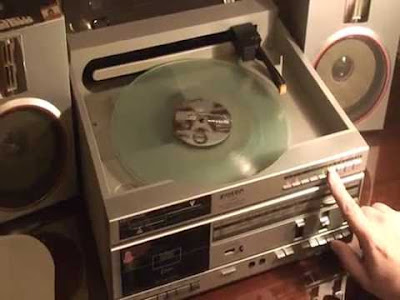 Musically, it follows the same path as "Screaming for Vengeance", but here with more speed and fist-pumping midtempo grooves with a more commercial accessibility. It have the classic motorcycle-riding, leather-clad headbangers with speedy galloping riffs and pulse all through the album. The album contains many excellent tunes, to be honest, non are bad. All from the high-energy amazing album opener "Freewheel Burning" to "Jawbreaker" and then the terrific "Rock Hard Ride Free" and "The Sentinel" that have a bit more complex approach. The excellent and a bit confused tune "Love Bites" to cheesy S&M themed "Eat Me Alive", that still have the power to kick anyone of the bed. "Some Heads Are Gonna Roll" have a bit more darker feeling, a tune that ended up on the 2001 Clear Channel memorandum banned songs-list after 9/11. The half ballad "Night Comes Down" is a real beauty. Yes the lyrics is flimsy cock rock songs, but who cares, it's damn good.

Doug Johnson designed the cover art for "Defenders of the Faith", featuring a colourful, transformer-like beast/tank/thing that the band decided to baptized as the "Metallian".

Sum: "Defenders of the Faith" is a record that should be in every rockers record shelf, is the peak of the classic JUDAS PRIEST lineup with the most consistent songs, technical ability and authenticity. 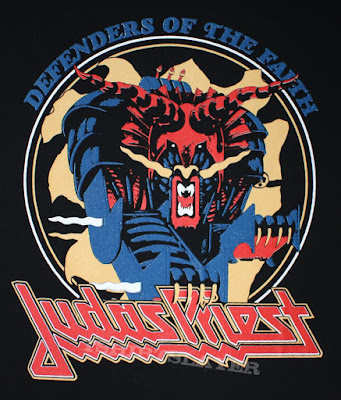 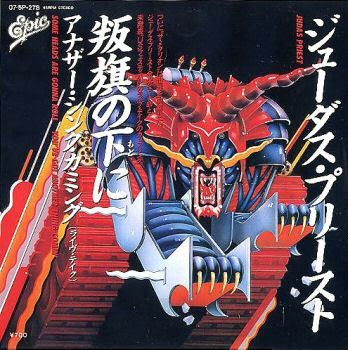 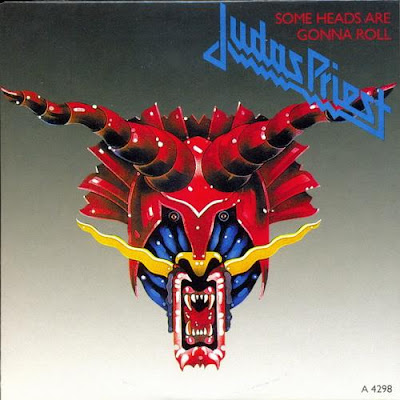 Today's tune "Some Heads Are Gonna Roll" is taken from the "Record Of The Week" album Defenders of the Faith", released on 4 January 1984.

Listen to ”Judas Priest - Some Heads Are Gonna Roll" on Spotify!