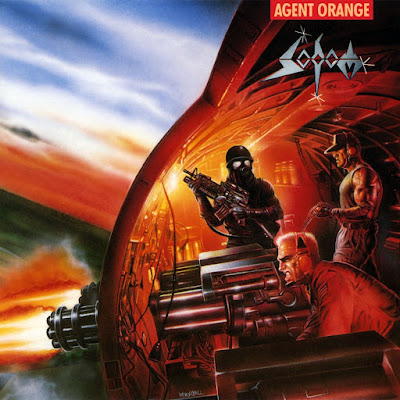 "Agent Orange" is the title tune from the third studio album by German thrash metal band SODOM, released on 1 June 1989 by Steamhammer and SPV.

It was their last album with guitarist Frank Blackfire (who would later join KREATOR) until his return to the band in 2018. The lyrical content delves deeply into Tom Angelripper's fascination with the Vietnam War, with a song dedicated to the ground assault aircraft AC-47 as well as the "Agent Orange" defoliant-inspired title-track. It was their first album to enter the German album charts where it reached number 36. "Agent Orange" sold 100,000 copies in Germany alone and marked the commercial breakthrough for the band. The song "Ausgebombt" was released on the EP Ausgebombt with German lyrics.

The album's liner notes carry the message: "This album is dedicated to all people – soldiers and civilians – who died by senseless aggressions of wars all over the world."

In March 2010, "Agent Orange" was re-released in a digipak with bonus tracks and liner notes containing lyrics and rare photos. 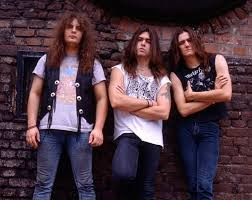