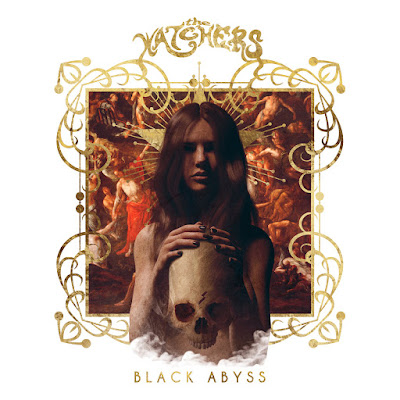 The San Francisco four-piece heavy rock band THE WATCHERS, with members of SPIRALARMS, ORCHID, and BLACK GATES, reaches high with their debut full-length "Black Abyss", We made acquaintance with them already when they released their first EP "Sabbath Highway" (read it here).

"Black Abyss" is a great release, where we get impressing songwriting and tunes with grunge, the eighties inspired heavy rock, melodic riff-based rock with an attitude that is perfectly balanced in the main structure of the tunes. It's well performed without getting too complex, more straightforward approach in a very interesting way to keep it fun to listen to. The production is high, very crisp and ear friendly, would love to get a copy on vinyl to be more precise in my judgment. 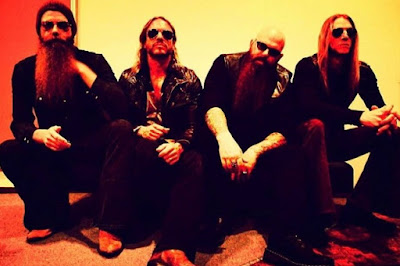 "Black Abyss" is an eight-tune long-player that opens up with the title track, a bombastic doom rocker that pays tribute to the mighty BLACK SABBATH. "Alien Lust", melodic riff-laden guitar tune with excellent vocals by Tim Narducci and guitar solos by Jeremy Von Epp and cool bass licks by Cornbread and drumming of Carter Kennedy sticks. "Oklahoma Black Magic" is following the two opening tunes, the vocals is a bit more SABBATH-like but the music is more modern hard rock metal, thrashy riffing, great tune. "Buzzard" follows a more melodic path, modern riffing where vocals have a Layne Staley touch. "Starfire", classic hard rock with a grunge vibe, see it below. "People Of The Gun" where guitarist Jeremy Von Epp plays with all his body and soul. Supurb tune! "Suffer Fool" opens up with acoustic guitar until it turns electric, classical swirl with a light SOUNDGARDEN feeling. "Seven Tenets" closes the record with slow and heavy guitar riffs and a great solo. "Black Abyss" is masterful mixing of Metal Legend Max Norman (Ozzy Osbourne, MEGADETH and more) behind the knobs, "Black Abyss" is a return to the classic metal riffing of yore, soaked in fuzz and dragged head first into the 21st Century. "Black Abyss" was released at March 09th 2018.

Sum: Excellent rock, the 70s meet the 21st, if you dig SPRIALARMS and ORCHID, You will adore THE WATCHERS. 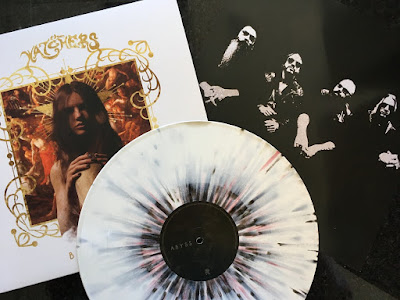 Listen to ”The Watchers - Starfire" on Spotify!