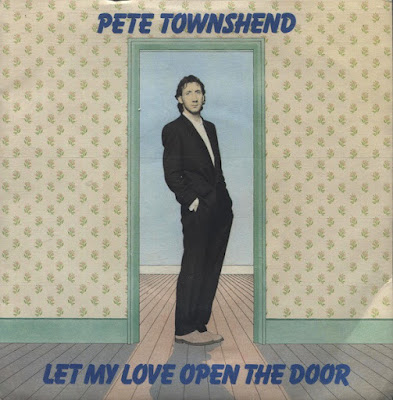 "Let My Love Open the Door" is a song written and performed by Pete Townshend from his 1980 album "Empty Glass". It reached the top ten in the United States in that same year, reaching number nine.

Although Townshend is a devotee to the religious guru Meher Baba, he claimed in the liner notes of his Anthology CD that "Jesus sings" on the track.

"Let My Love Open the Door" was released as the second single from Empty Glass in Britain, where it was backed with the non-album tracks "Classified" and "Greyhound Girl." The song saw more success when it was released as the debut single from "Empty Glass" in America, where the song reached #9. It was Pete Townshend's only solo top 10 hit on the Billboard Hot 100, but THE WHOs song "I Can See For Miles," which was written by Townshend, reached the same position on the chart 13 years earlier. 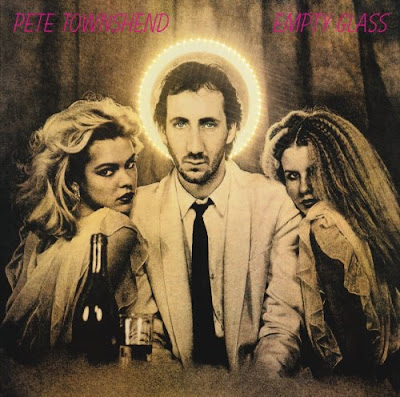 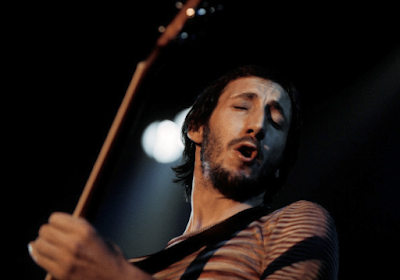 Initially, Townshend's manager despised the track due to it "not sounding like Townshend," and wanted it to be removed from "Empty Glass". However, upon the song's chart success, his manager called to apologize.

Despite the song's critical and commercial success, Pete Townshend did not consider it one of his best songs. He told Rolling Stone in an interview that "Let My Love Open the Door" was "just a ditty," also claiming that he preferred his minor US hit "A Little Is Enough" from the same album.

In 1996, Townshend released a new version of the song, called "the E. Cola mix", turning the song into a ballad. This version appeared in different television shows and film soundtracks.

The mesmerizing keyboard that pulls you in may be considered the blueprint for many ‘80s hits that would follow; simple but extremely catchy. In a Rolling Stone interview, Townshend refers to this song as “just a ditty” but undoubtedly we find it more than worthy of a position in our list of the Top 100 Classic Rock Songs. During a 1985 radio special called ‘My Generation’ it was said that Townshend’s manager hated this song and felt it should be left off the album. A few weeks after the release, he called Townshend and apologized when ‘Let My Love Open The Door’ became a big hit.

A few different renditions of this song exist, like the far slower 1997 E. Cola Mix that is used on the 'Grosse Pointe Blank' film soundtrack. If you’re a fan of the television show ‘Burn Notice’ you’ll also recognize a remake of the song, used as its ending theme. Taking on a spirit of its own, 'Let My Love Open the Door' is occasionally interpreted as a religious song -- “There’s only one thing that’s going to set you free and that’s my love." Townshend has commenting obliquely on the matter by saying “Jesus sings,” but the song's intended meaning, if it has just one, has yet to be fully explained.

Two of the musicians on this track, the bass player Tony Butler and drummer Mark Brzezicki, became part of the Scottish rock quartet Big Country a few years later.

Listen to ”Pete Townshend - Let My Love Open the Door" on Spotify!