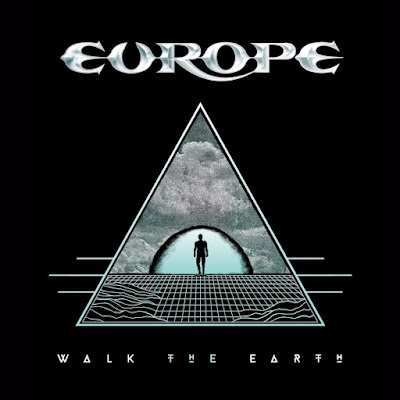 Monday, new week and it's time to introduce this years last "Record Of The Week".

The Swedish band EUROPE have been around since the early 80’s, all started with a rock music championship called "Rock-SM" and then came "The Final Countdown", a tune that stil plays over and over. 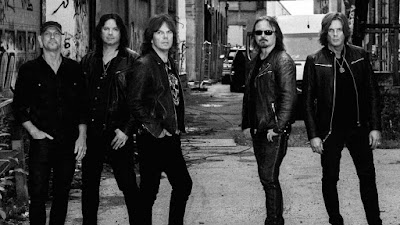 Now with the eleventh studio album the bold "Walk the Earth" they gets the great award of "Record Of The Week".

"Walk The Earth" sets to establish the band as one of the most exciting contemporary rock acts not just of the years gone by but of current times too, the best album since their 2003 return!

The album was recorded in Royal form at the historic Abbey Road Studios in London. Grammy Award winning Producer Dave Cobb (Chris Cornell, RIVAL SONS) was behind the guys to bring the magic to the album. The artwork is made by Los Angeles artist Mike Sportes. 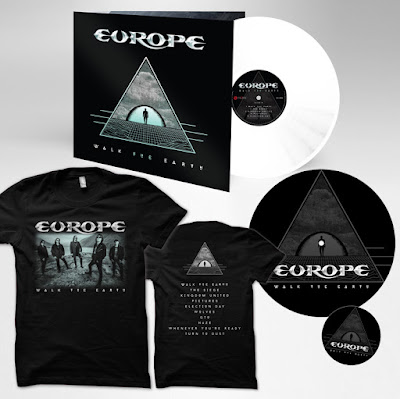 "Walk the earth" is full of seldom seen guitar variation by mastermind John Norum. From submerged loops in the superb "Kingdom United" to delicious distances in groovy "Haze" and "Wolves", the absolutely blown away solos in "GTO" and "The Siege". Joey Tempest voice sounds amazing, just take the half paced "Pictures" where he sings with such a tender and soulfully voice so that your body will shiver. The stunning title track with the slowly building keys intro signed Mic Michaeli until the heavy riffs and the thick bass from John Levén takes it place, a melody that kills with a catchy chorus and Joeys vocals is magic. "Election Day" takes a more classical rock approach, great harmony's from Mic's fingers and brisk work from drummer Ian Haugland. The rumbling "Whenever You’re Ready" is a uptempo swinger that will release your feet from both shoes and socks, you will see your self dancing barefoot in the snow screaming "Whenever You’re Ready, join me". The album closes with "Turn to Dust", one of the big highlights on the album where they bring in the most dramatic and lyrical depth piece, where all contribute with a superb performance, like the wonderful keyboard sweeps, sensitive drumming, a distinct bass line, smooth and cleaver riffs and vocals that peaks!

Today's tune "Walk The Earth" is the title track from "Record Of The Week", enjoy! 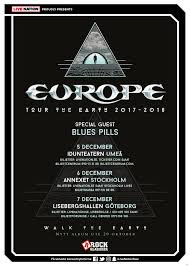 Listen to ”Europe - Walk The Earth" on Spotify!