Domkraft - The End of Electricity 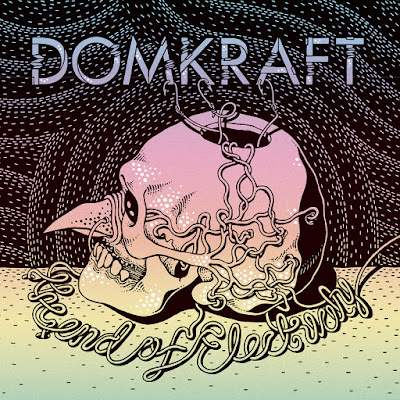 Monday, it's time for "Record Of The Week"

"The End of Electricity" is the latest release from the monolithic power judgement DOMKRAFT.

The seeds for this Stockholm trio were planted in Gothenburg, where bassist/singer Martin Wegeland, guitarist Martin Widholm and drummer Anders Dahlgren met while playing in various musical constellations. Bonding over the likes of SPACEMEN 3, MONSTER MAGNET, SLEEP and HAWKWIND, plus a fascination with trudging, 10-minute/three chord songs, they finally came together after each relocated to Stockholm.

"The End of Electricity" is a fascinating album where the heaviest shaping sound flows out into a monolith malevolent half-chant incantation and the repeated notes follow each other into a kaleidoscopic flurry, a stunning drone psychedelia.

The album contains 7 tunes that spins in at 40 mins, the record starts with the 10½ minute "The Rift" which draws you into a riff minimalism that will be hard to quarrel out from before the collapse and the tunes fade out to the perfect culmination "Meltdown Of The Orb" takes over. Hey, are you guys hooked now, well I am! The beautiful CLUTCH alike interlude "Drones" flows in the air until "Red Lead" hits the pan and the riffs are screaming again. "All Come Hither" a wonderful piece with a very hypnotic melody, I have been humming it the whole day. "Dustrider" is a punkish SABBATH tune, heavy and filthy. The album closes with crushing riff of the psychedelic "We Will Follow".

DOMKRAFT. Their name combines the Swedish “DOM” for judgement and “KRAFT” for power.

Sum: "The End of Electricity" have an unique vibe, it's Psychedelic, Heavy & Loud. Don't miss this!!

The record is released on 4 different colours (Black, Half n half with splatter, Color in Color and TriColor) grab them wile you can. And yes you can get it on CD and Digital format. 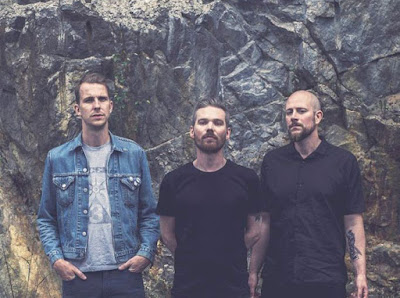 Today's tune "Red Lead" is taken from "The End of Electricity", enjoy!