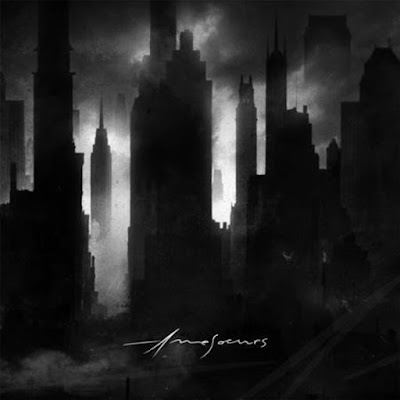 AMESOEURS was a French post-punk/black metal band formed in Bagnols-sur-Cèze, France in Summer 2004 by guitarist/vocalist Neige of ALCEST, bassist/singer Audrey Sylvain and guitarist Fursy Teyssier (PHEST, LES DISCRETS) with the purpose of creating a music that reflects the dark side of the industrial era and modern civilization. Neige and Audrey Sylvain are also known for their input as session/live musicians in La sale Famine de Valfunde's band PESTE NOIRE.

A kaleidoscopic vision of the modern era. AMESOEURS are the children of this sad and metallic century, the musical metaphor of the modern urbanized world... By mixing elements of harsh melancholic Black Metal, Post-punk and '80s New Wave influenced by the likes of JOY DIVISION, early CURE and DEPECHE MODE, AMESOEURS is a bleak, violent, melancholic, suffocating and desolate vision, one brimming with despair. 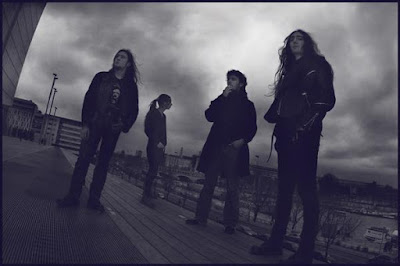 Today's tune is the title track from the only full length self titled album "AMESOEURS" (Soulmates) is the sole album by the band of the same name. It was released in 2009, just before the band broke up. Northern Silence Productions released a special limited LP edition of the album in three different versions: the "Metallic Century" edition, limited to 333 copies, the "Cold Light" edition limited to 333 copies, and the "Night Sky" edition limited to 222 copies, which all come with exclusive bonus tracks.