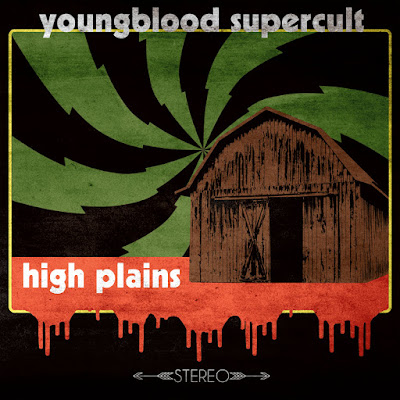 Here you are beautiful Monday with a brand new week, let's get this show running and let's introduce the "Record Of The Week".

"High Plains" is the 2:nd release from YOUNGBLOOD SUPERCULT, a Heavy psych-blues band from Topeka, Kansas. 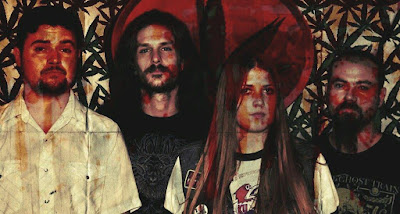 The band formed in the wake of the splintering of several different bands located on the desolate plains of northeast Kansas. They release their debut "Season of the Witch" on September 6th, 2013. Following the album release, vocalist Wyatt Desch left the group to focus on other endeavors. The remaining trio caught a break with the addition of their beloved friend and current vocalist, David Merrill. This transition marked a new era for the group. They wrote feverishly, departing from their previous driving heavy rock sound in favor of experimenting with elements of folk, blues, psych, and the droning, flat-tuned, off-time riffs that are the trademark of the traditional classic heavy stoner sound. The band released their sophomore album "High Plains" on February 19th, 2016.

"High Plains" is something totally new when comparing the second full-length album to their 2013 debut. Where the debut took a classic metal bent toward heavy rock, more straightforward and rhythmically driving album, "High Plains" is more psychadelic, classic rock with a versatility of blues rock allows the band to broaden their wings and take advantage of the new vocalist capacity, which they do quite nicely. I must say that I really like this approach. The lead vocalist David Merrill is tremendous throughout the record.

"High Plains" pulls their influences from the classic roots of heavy blues rock, drenched in seventies style riffs with a few modern vibes appearing now and again, like the opening instrumental jam tune "Stone Mountain Blues", distorted Americana flows out the speaker. "Monolith" is marvelous piece of music, one of many highlights on the album, half pace tempo, thick heavy riffs with a magical vocals that will make you melt into a lump. There is more in the real stand-out parts like the psychedelic and progressive approach in "Nomad", "White Nights", "Forefather", where they all have a doomy atmosphere that will give you a fuzzy ride through the seat of Shawnee County. Tunes like "Mind Control", "Hell Hath No Fury" have a more classic heavy blues rock sound where the riffs gets space and the melody is highlighted and in "Before The Dawn" you can coruscate the Occultism of SABBATH.

Sum: Get yourself a hazy ride through the seat of Shawnee County

The album is released on Vinyl, but I recommend that you hurry before it's sold-out. 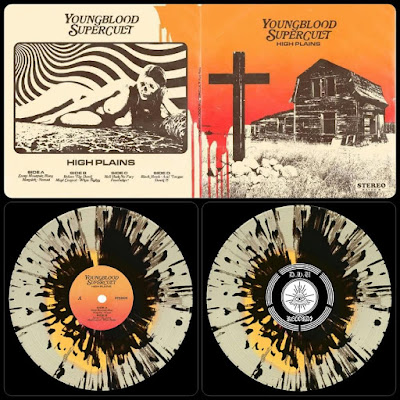 
Today's tune "Nomad" is taken from this week's "Record Of The Week", enjoy!