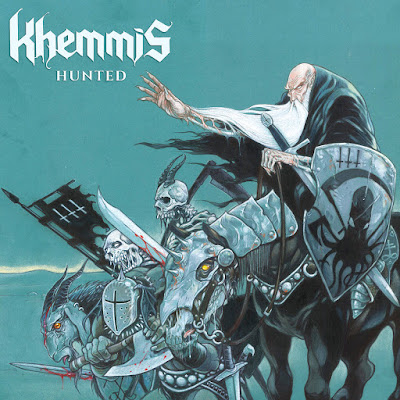 Monday, time to introduce the "Record Of The Week"

The Denver-based rock quartet of KHEMMIS has been surging over a year in my space, a band that really knocked me down when they released their debut album "Absolution". Now 2016 brings "Hunted", their sophomoric album where the result is a mighty wrangler of classic rock and doom majesty from a band still developing. 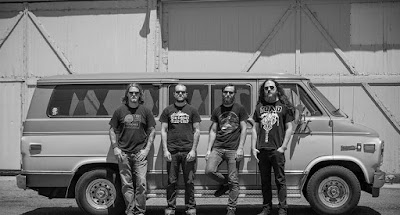 "Haunted" is a heavy 5-track doom album that clocks in at 43 mins. At first I thought that this was a quick release, might they be rushing things now. Hell NO!!! The record starts up with the thunderous "Above the Water", a killer track that lines them up with any big acts around this globe, well done guys. Heavy riffs, marvellous vocals and a musicianship that amaze me as a listener. And this doesn't end here at all, as this is the basic foundation of "Haunted", whoa!!. "Candlelight" is a beautiful piece with some really nice vocals, still with heavy riffs, black ended growls that blows out your candles with a vift. "Three Gates" kicks of in the right with heavy nasty guitar tones until the left kicks in and torn you to shreds. Feels like HIGH ON FIRE is in the room until the tune settles down a notch. Dark and Beauty side by side, marvellous performed. "Beyond the Door" is melodic, progressive doom tune with some NWOBHM touch, excellent tune. The album closes up with the magnificent title track, I feel that my energy needs a boost, Coffee! The album is a bit to short in my ears after a few spins, I want more that, even if the album is almost 44 minutes long and eats all of you. So the conclusion is that "Haunted" is excellence from start to finish, one the best album 2016 so far and I am exhausted. This is album of the year material for sure!

Summary: DON`T MISS THIS!!! KHEMMIS is back with a masterpiece! 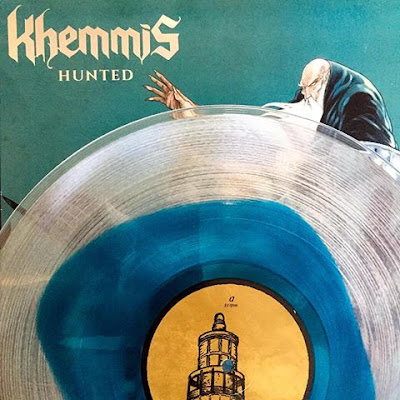 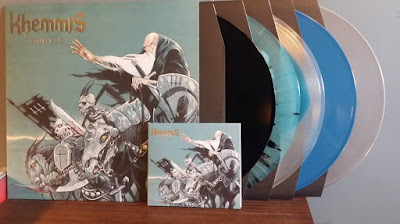