The Moth Gatherer - The Earth Is The Sky 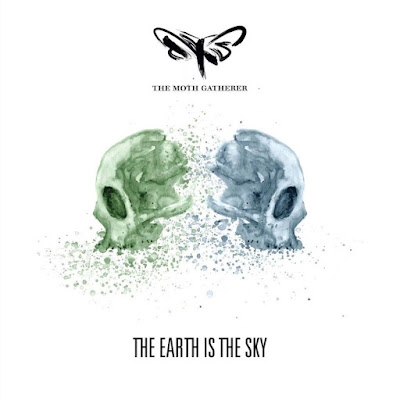 Monday, New week, time to present "Record Of The Week".

"The Earth Is The Sky" is the second album from Swedish atmospheric sludge doom metallers THE MOTH GATHERER. To follow up their debut "A Bright Celestial Light", released in 2013, they took their time to focus on the new chapter and devoted two years to to perfect their vision.

"The Earth Is The Sky" have strong sludge and post-rock influences with an mature and multi-dimensional atmosphere that I just love. That these guys have created an solid album is no doubt. The album have a progressive approach with heavy hypnotic passages and slow riffs that puts the listener into a trance. Like the first wonderful tune "Pale Explosions" is a real masterpiece. With high emotions that you almost get lost in the world of anger and melancholia. Many turns it takes and hits its crescendo at 6:20 and I feel the goosebumps grooving, magic. The album continues in the same path, a perfect mix of slow and heavy with impressive tunes and excellent song writing that makes a world of The Earth Is The Sky.

If you get it on CD or digital, put on repeat and you will get lost a few days.
This is for fans of CULT OF LUNA, TERRA TENEBROSA, NEUROSIS!

"The Earth Is The Sky" features some notable guests, including David Johansson (KONGH); Wacian (CODE); The Cuukoo (TERRA TENEBROSA); Thomas Jäger (MONOLORD). The album was recorded over a period of two years in three different studios and mixed & mastered by Karl Daniel Lidén (DOZER, THE OLD WIND, SWITCHBLADE, TERRA TENEBROSA). The artwork and layout has been made by SCG, while Swedish painter, EJG, created an exclusive painting for each of the six tracks the album features. 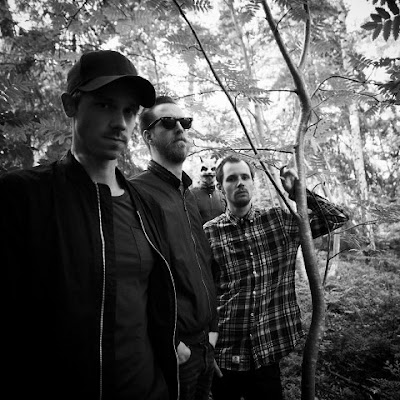 THE MOTH GATHERER from Stockholm, Sweden, formed in 2008. The band consisted of Victor Wegeborn (Vocals, Guitars & Electronics), Alex Stjernfeldt (Vocals & Bass), Svante Karlsson (Drums) and Ronny Westphal (Guitars). In April 2013 they released their debut album "A Bright Celestial Light" on Agonia Records and their second album, "The Earth Is The Sky" was released November 27, 2015

About the name "THE MOTH GATHERER" Alex commented in an interview: "When you lose someone, a lot of things in your world is upside down, and it’s hard to see something positive. You also get a lot of questions about why? More or less, we fumble in darkness. Moths always searches for a source of light, like you do. So for me, the name stands for a search for hope". 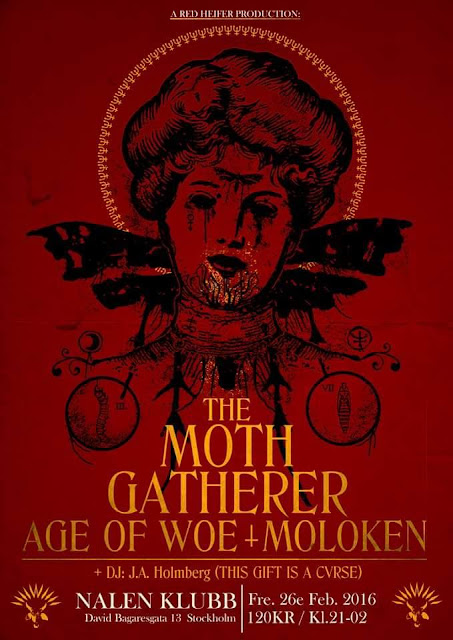 Today's tune "Pale Explosions" is taken from "The Earth Is The Sky", enjoy!

Listen to ”The Moth Gatherer - Pale Explosions" on Spotify!

Email ThisBlogThis!Share to TwitterShare to FacebookShare to Pinterest
Etiketter: Doom, Pale Explosions, Record of the Week, Review, Sludge, Swedish, The Earth Is The Sky, The Moth Gatherer

Great stuff, the Swedes know how to make music!