Jess and the Ancient Ones - Second Psychedelic Coming: The Aquarius Tapes 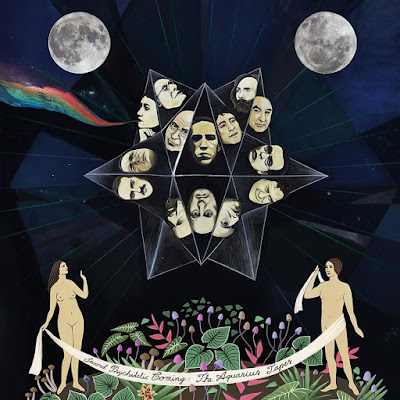 New week, new year and it's Monday! It's time to reveal the first "Record of the Week".

Our neighbours, the Finnish occult-psych rockers JESS & THE ANCIENT ONES (JATAO) released its second album "Second Psychedelic Coming: The Aquarius Tapes" at the end of last year.

JATAO is an Occult Rock Band from Kuopio, Finland. This six-headed orchestra have been created by Thomas Corpse and Thomas Fiend, where its purpose is the exploration of the magical worlds beyond and today. The band's lyrical concept based on personal occult experiences, the authors, which in combination with the music creates a strong mystical atmosphere. With singing talent Jess as its frontwoman and three guitars in the lineup, JATAO inspired by heavy metal and rock groups of the classical era, such as Mercyful Fate, Roky Erickson, IRON MAIDEN and ABBA.

Since their inception in 2010, the ascent of JATAO has been astounding. With a chart-toppingly successful debut album in 2011 and the occult surf metal EP Astral Sabbat (2013) under their collective belt, the group won over many new followers on their North American tour with KING DIAMOND last winter. Since then the collective have thinned their herd from seven to six, and spent months with minds locked inwards together, perfecting their craft and cultivating what was to become their second album. 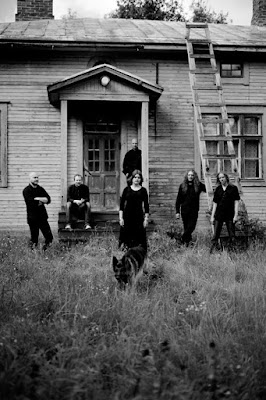 Throughout JATAOs career, they have consistently developed. The psychedelic occultism which is their foundation, where development has taken a new direction from. With the new album as the band has become more milled and refined. The entire album breathes, the mysterious atmosphere that occurs when the Vinyl spins is magical. "The album title can be seen as a bridge between the past and now," and that's about as one can describe the album in short words.

"Second Psychedelic Coming: The Aquarius Tapes" is magical, Jess singing is absolutely stunning that dives into the mysterious depths, swirls one on her finger and I got absolutely mesmerized and disappear into the myst. Over sixty six minutes of material gives the listener a lot to digest. Musically, this is a well balanced album with nine fine tunes where the final song clocking in at full 22:35. A skilled work is performed by JATAO

The summery of this album: A 65 minute moonlight ride into the nether regions of progressive occult heavy rock. And what rough beast it is!

Listen to ”Jess and the Ancient Ones - In Levitating Secret Dreams" on Spotify!