De Profundis - Kult Of The Orthodox 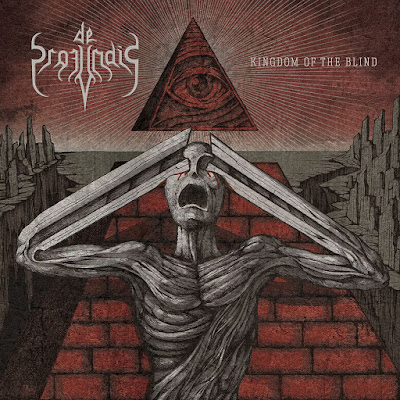 The other day when I did the read along the blog's that I follow, I bumped into a band that I never have heard before, got curious as the text (Read it here) got me interested so I had to let it spin and kick my white ass, this was awesome.

DE PROFUNDIS have a pretty unique sound, where influence from not only many of the subgenres of heavy metal, but also from progressive rock and jazz witch make the listening very interesting.

With their fourth album does the future looks bright for DE PROFUNDIS.

Today's tune "Kult Of The Orthodox" is taken from the fourth DE PROFUNDIS album "Kingdom of the Blind" was recorded at Barking Dog Studio (London, UK) and mixed at Davout Studios (Paris, France) during April / May 2014, released September 28, 2015. Artwork and layout by Costin Chioreanu, Cover concept and Logo by Craig Land, Photography by Alex York

Listen to ”De Profundis - Kult Of The Orthodox" on Spotify!

Email ThisBlogThis!Share to TwitterShare to FacebookShare to Pinterest
Etiketter: De Profundis, Kingdom of the Blind, Kult Of The Orthodox, Melodic Death Metal, Progressive