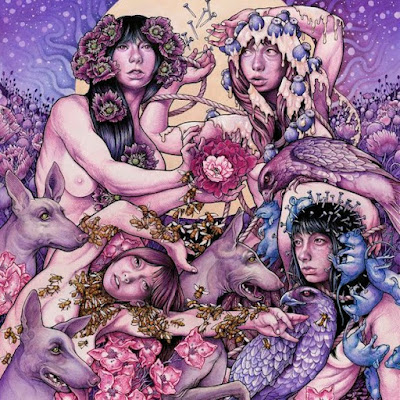 New week, time to present "Record Of The Week"

This week we have the colour of fresh bruises "Purple", the fourth studio album by the Savannah foursome sludge metal band BARONESS on the agenda. An album that is pretty remarkable that the guys manage to heal so good after the devastation of the big accident back in 2012. The recovery is the new creation "Purple". 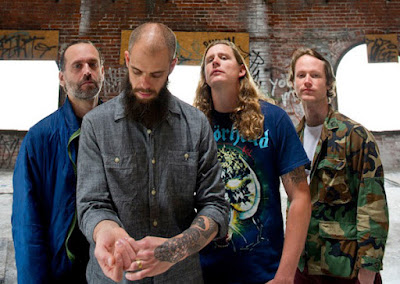 The album is much shorter than the previous album "Yellow & Green" but this is stronger and more precise. It's partly like an mix between the "Red" & "Blue", not as heavy but more accurate. "Purple" is packed with a strong technicality, pounding momentums that you will remember. It's catchy and crazy, just like I want it.

If you give "Purple" a spin you will hear the return of the sludger boys in the opener "Morningstar" where the riffs are powerful and Baizley are standing in the center, singing better than ever. And the record continues the serve excellent rockers like "Shock Me", "Chlorine & Wine", "Kerosene", "Try to Disappear" to the instrumental jazzy masterpiece "Fugue"

The record have progressive flow with a more grown up sludge with chunky power pop licks and some real killer thrashy riffs. The song craft are really well done. I just love this record and I'm sure I will play some more tune here soon.

Summary: YOU NEED THIS!

Today's tune "Desperation Burns" is taken from "Purple", enjoy it!