Kadavar - For The Dead Travel Fast 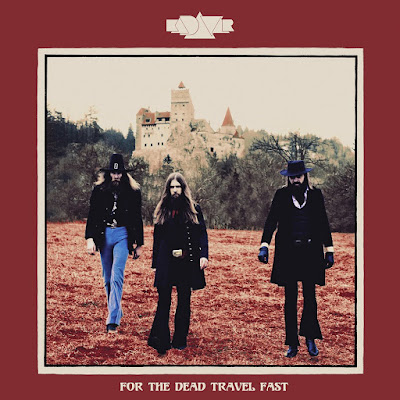 The three-piece psychedelic rockers KADAVAR is back again with their fifth record "For The Dead Travel Fast", entitled after German gothic poet Gottfried August Bürger.

As always with KADAVAR is a great time to let the beast loose on the turntable, what do they have in their luggage on this creation and what is lurking in the corner this time, the expectations are pretty high as the latest album releases have had a very high quality and a cruel end product.

Here the lads take us out on a perilous journey into the land of the dead, a foray into the bleakest corners of our minds. The spooky album cover is taken in front of Dracula’s alleged crib in Transylvania, mysterious Castle Bran, the whole album is drenched in superstition, Romanian folklore and the mysterious ways of our psyche. 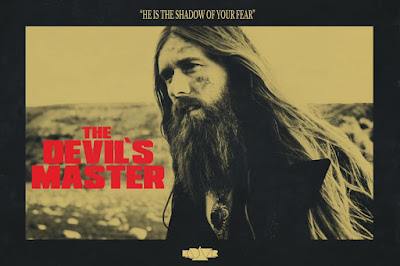 "For The Dead Travel Fast" have almost everything from clear singles (7") like "The Devil’s Master" and the tango rocker "Dancing With The Dead", both catchy rockers with a great swing where you will get a true euphoria after a few mins. The beautiful upbeat and energetic "Evil Forces" to vibrant soundtracks tunes like "Children Of The Night" and "Demons In My Mind" where synth and modulation seek out from the shadows like a small mist in early mornings. The album ends with two ballads, the atmospheric slow-paced "Saturnales" and the beauty bluesy "Long Forgotten Song" that have a small drum solo in the end, wicked, but it works out well here.

Christoph “Lupus” Lindemann (vocals, guitars, synthesizers), Christoph “Tiger” Bartelt (drums) and Simon “Dragon” Bouteloup (bass) have fully embraced the darkness that has been kept at bay in recent years. That old horror soundtracks and Werner Herzog’s ‘Dracula’ had a huge impact on this album can be heard in this concept piece or art, with longer, more embellished songs not particularly drawn to ordinary song structures. They have reached a new level of artistry and creative injection, to boldly go where they never went before, only to rediscover their very roots along the way. It's fascinating that they keep such a high class from album to album, magic is everywhere...as they repeatedly say in "Suspiria"? Now five strong albums into their stellar career and I can only clap my hands to the lads with BIG FREAKING WELL DONE.

"For The Dead Travel Fast" was released by Nuclear Blast Records on October 11, 2019

Sum: 70's psychedelic horror rock at it's best, you absolutely need this! 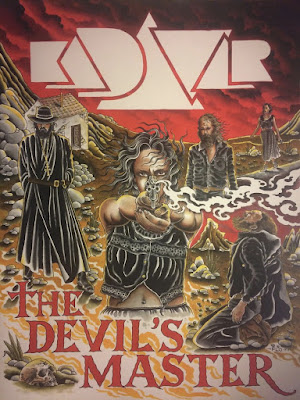 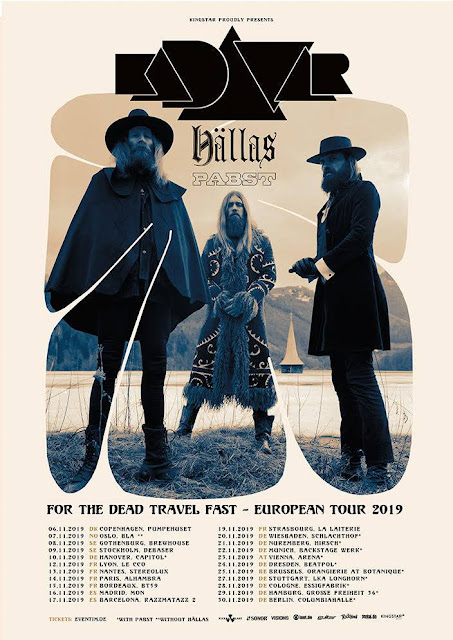