Graveyard - Too Much Is Not Enough 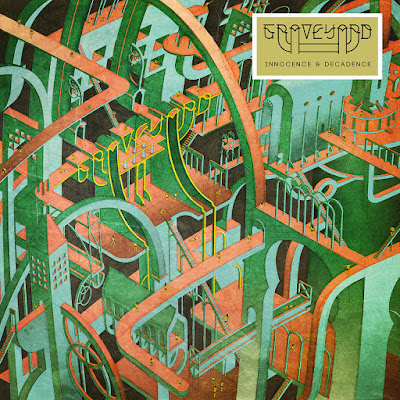 The Swedish rockers GRAVEYARD chose my birthday (September 25th) to release their fourth full-length effort, "Innocence & Decadence". Nice of them to think of me, although I honestly do not think it was my birthday that was behind the date for this fall release even if I would like it to be so. Let's say that's the case with this release. Enough about the ego trip. 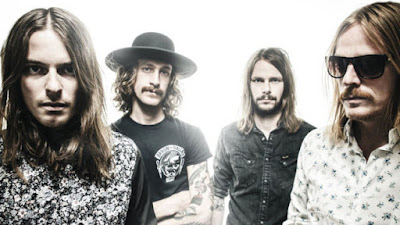 ”Somewhere between Innocence & Decadence is where you´ll find GRAVEYARD. Hard at work trying to figure out which apples that will fall from what tree. Can you see us? We´re that little hopeless case of a fly in denial – since forever stuck between the piles of shit that your ever repeating life keeps lining up for you”

GRAVEYARD have been delivering excellent fuzz-soaked, blues retro sound across three full-length albums over the years. The 4th album "Innocence & Decadence" continues where they left last time, but with a more grown up attitude, it swings with a big soul and have a groove that shuffles in all the corners among the classic rock vein.

Just after the first spin you will hear immediately that this is not a rush job, but an well thought out record, made with heart, sweat and synchronized desires. All members have made their marks on "Innocence & Decadence". The vocal parts where we hear Joakim Nilsson's very characteristic voice in the center shows no weakness at all, he sounds great. Even the return of Truls Mörck who takes place behind the microphone in the song "From A Hole In A Wall" where he does it with style and creates a small protrusion on the album. The music steps a bit back to the late ’60s in the more pop-leaning tunes. Jonatan Ramm's riffs are cleaver and innovative, yet old.

The album starts with a psyched-out killer opener "Magnetic Shunk" to the soulful sleeping bare skin ballad of closer "Stay For A Song". In between we have classic GRAVEYARD material like "The Apple In The Tree", "Never Thiers To Sell" and the psychedelic "Hard-Heeded". The album got a few soulful ballads like the amazing "Exit 97" and the lovely stand out tune "Too Much Is Not Enough". The two last songs are pretty slow bluesy things. This album is infused with Joakim Nilsson's skills and the beauty of Jonatan Ramm's riffs. "Innocence & Decadence" reflecting perfectly the versatility of their songwriting. The album hooks me and I catch my self smiling, hey, they did it again!!


With "Innocence & Decadence" the band explores new territories - without getting lost. It's a bloody well-made music!

"Innocence & Decadence" has been recorded in the Atlantis Studios in Stockholm (Sweden) alongside both Janne Hansson and Johan Lindström. 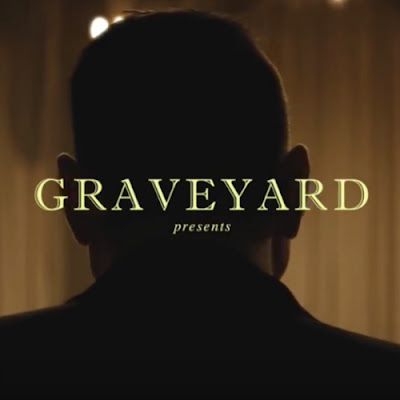 Today's tune "Too Much Is Not Enough" is taken from "Innocence & Decadence". This tune is the most stand out song they have produced so far and I just love it. It's a really soulful piece that touches you deep. 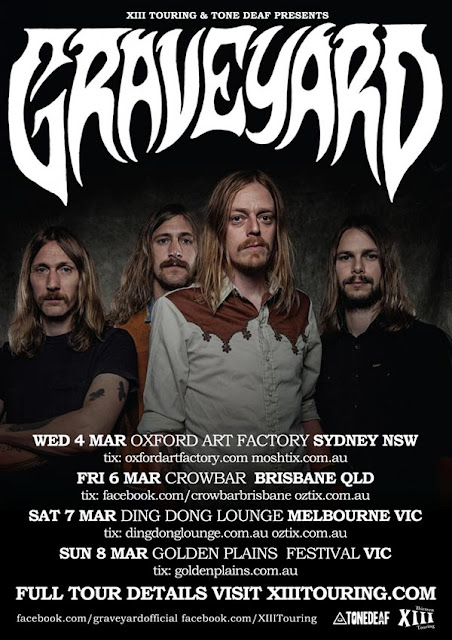 Listen to ”Graveyard - Too Much Is Not Enough" on Spotify here!

Email ThisBlogThis!Share to TwitterShare to FacebookShare to Pinterest
Etiketter: 70's, Blues Rock, Gothenburg, Graveyard, Innocence & Decadence, Record of the Week, Retro, Review, Too Much Is Not Enough