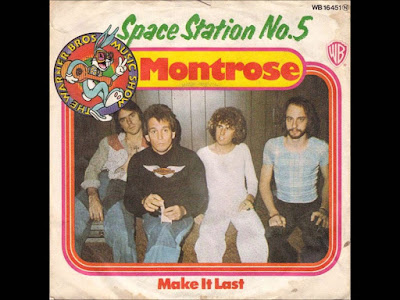 "Space Station #5", sometimes known as "Space Station Number Five", was co-written by lead guitarist Ronnie Montrose and then lead vocalist Sammy Hagar; the latter has also recorded this track himself.

Is this a song about living in outer space, or is it about how "Hager" was abducted by aliens as a child? Well nobody really knows.

"Space Station #5" was released on self titled début album "Montrose", released in 1973. It was produced by Ted Templeman. 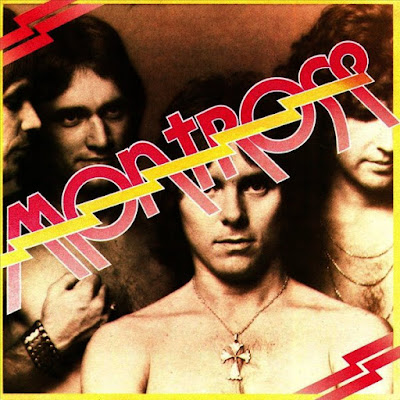 After having done session work for various musicians including Van Morrison, Herbie Hancock and Edgar Winter, Montrose was Ronnie Montrose's first record leading his own band which featured Denny Carmassi on drums, Bill Church on bass, and a then-unknown Sammy Hagar (at that time 'Sam Hagar') on vocals. While considered a classic by many hard rock fans, tracks from the album received scant radio airplay, with "Rock Candy" and "Bad Motor Scooter" being notable exceptions. It has been reported that the band's label, Warner Bros., did not know how to market MONTROSE, and, already having the DOOBIE BROTHERS and DEEP PURPLE to cover the rock and hard rock genres, saw the band as something of a redundancy on their roster of artists. Though the album was not a big seller upon its initial release, peaking at #133 on the U.S. Billboard chart, it eventually proved to be an international sleeper hit which over a period of several decades has sold in excess of one million copies, attaining platinum status. Often cited as 'America's answer to LED ZEPPELIN, it is held to be highly influential amongst hard rock/heavy metal musicians including IRON MAIDEN, both of whom have recorded and/or performed cover versions of songs from the album. Some critics have arguably labeled it the "first American heavy metal album".

"Make It Last" was covered by VAN HALEN in their early club days (available on VAN HALEN bootlegs).

IRON MAIDEN has recorded & performed several cover versions of songs from the album, including "Space Station #5", which was released as the B-Side of their single "Be Quick or Be Dead" (1992).

Punk band STIFF LITTLE FINGERS used the riff from the "Space Station #5" for the introduction on their single "Suspect Device" (1978).

Today's tune "Space Station #5" is taken from the self titled début album "Montrose".


3/4 of the original Montrose paying tribute to Ronnie Montrose at "A Concert for Ronnie".

On 3 March 2012, Montrose died from a self-inflicted gunshot wound. His death was originally assumed to be the result of his prostate cancer returning. However, the San Mateo County Coroner's Office released a report which confirmed the guitarist had taken his own life.

The toxicology reported a blood-alcohol level of 0.31 percent at the time of death. In early 2012, the deaths of his uncle and Lola (his beloved bulldog, whose companionship helped him cope with his cancer recovery) apparently worsened what Guitar Player described as “the clinical depression that plagued him since he was a toddler.”