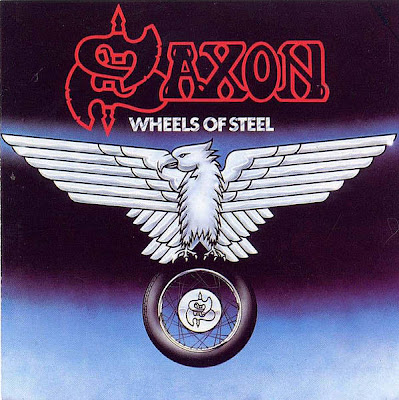 ﻿﻿﻿﻿Monday, new week and a new Record Of The Week! This time we dust of a classic! 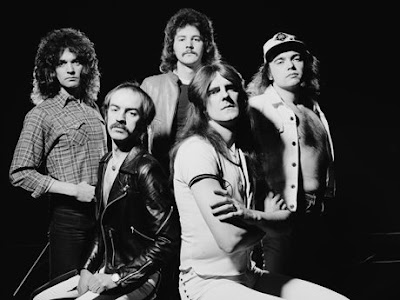 Wheels of Steel is the second studio album by heavy metal band Saxon. It was released in 1980. ﻿﻿A record that was the introduction to Saxon for my part, however it was lots of years after release. This record was first played by an old childhood friend up in the North of Sweden in town called Luleå, I guess I was around 14-15 years or so.

The album contains a lot of classic rockers, for example the "Motorcycle Man" Which kicks off the album with a huge fan under the wheels! A great stomper! It's follow up by a heavy guitar riffed "Stand Up and Be Counted", the punkish "Street Fighting Gang", the bass tune "Suzie Hold On"

"747 (Strangers in the Night)", the tune is about a power cut that forced planes in New York to remain in ascent in 1965 with the power outage provoking a Scandinavian flight to detour to Kennedy airport in the dark. It is one of the few Saxon songs that has been played on every tour since its release. 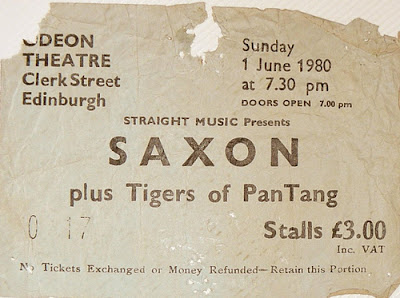 Todays tune, the title track of the album is featured in the video games Grand Theft Auto: Episodes From Liberty City (Grand Theft Auto IV: The Lost and Damned and Grand Theft Auto: The Ballad of Gay Tony) and Brütal Legend. It has also been covered by L.A. Guns on their album Rips the Covers Off.

Listen to "Saxon- Wheels of Steel" on Spotify here!