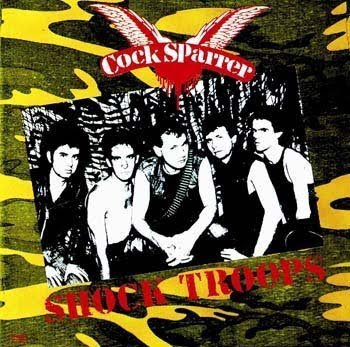 Cock Sparrer are a punk rock band formed in 1972 in the East End of London, England. Cock Sparrer is one of the first Oi! bands. Although they never enjoyed much commercial success, they are considered one of the most influential streetpunk bands, helping pave the way for the late-1970s punk scene and the Oi! subgenre. Their songs have been covered by many punk, Oi!, and hardcore bands.

Their style was influenced by pub rock, glam rock and raw 1960s beat music as delivered by bands like the Small Faces and The Who. Their lyrics mostly dealt with topics related to the daily lives of working class people. Their name derives from their original name, Cock Sparrow, a Cockney term of familiarity.

In 1976, the band met with Malcolm McLaren, who allegedly offered to sign the band alongside to his newest discovery, the Sex Pistols. According to the members of Cock Sparrer, the deal never happened because McLaren refused to buy them a round of beers. 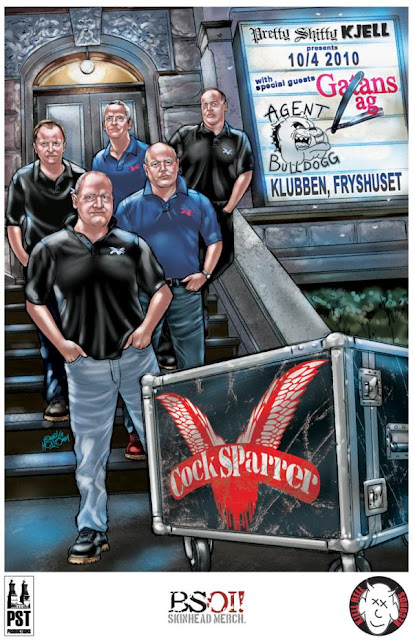 Last weekend did Cock Sparrer a show here in Stockholm at Klubben, Sweden, a totally sold out venue with punkers, old skinners and new and rockers. Was a really amazing view to see when the doors open and the fans dropped in, allot of happy drunken peoples all around. Other bands was Agent Bulldogg and Gatans Lag, all this thanks to Kjell Hell who is the man behind this event, cheers man. 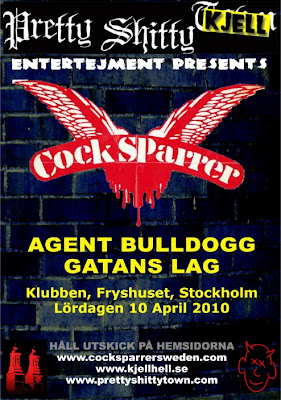 Anyway, lets pick a tune from this classic band. Todays tune "Riot Squad" is taken from "Shock Troops" witch was the debut album, released in 1982 on Razor Records.