Carach Angren - A Strange Presence Near The Woods 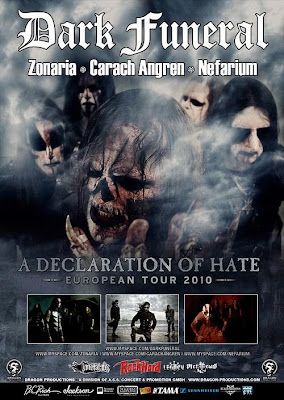 Carach Angren is a symphonic black metal act from the Netherlands. Yesterday they did stand on the stage at Klubben here in Stockholm as the first of three acts on the "A Declarration Of Hate Tour", the others were Zonaria and Dark Funeral. The actual tour package was with 4 bands (Nefarium), but they did drop off a week ago, during some accident in the family. So from now on we will have 3 days of some really dark and black music here :) Carach Angren was the first act to start their set and they play a type of symphonic black metal that is quite different, and is certainly not cheesy. Live they do pretty well, feels like they do this many times before, well played and well coordinated. The band formed in the southern regions of Limburg, Netherlands. The band chooses a classical, storytelling approach in the broad genre. Symphonic arrangements on keys characterize the bands sound as it is the perfect underscore to the storytelling element. 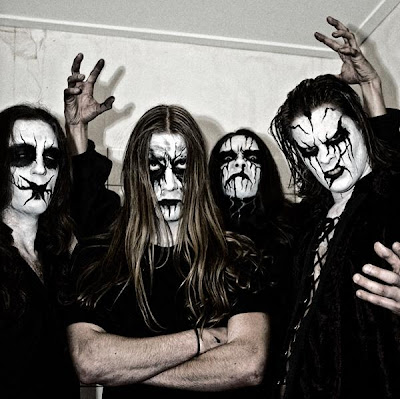 Todays tune "A Strange Presence Near The Woods" is taken from their first album "Lammendam", which is a ghost story about the white lady called 'La Madame Blanche'. Enjoy! 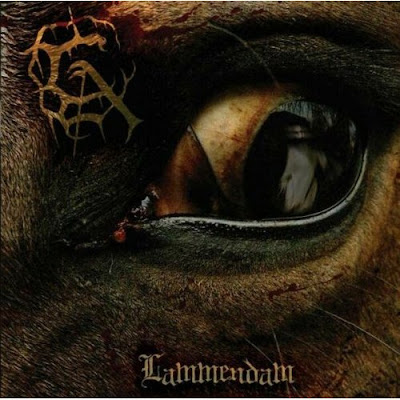 Here is some pictures from the show. 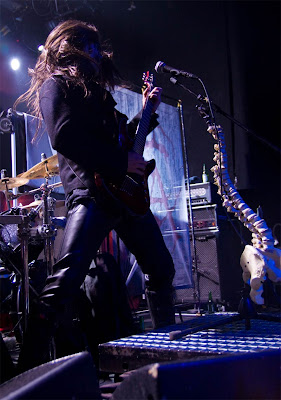 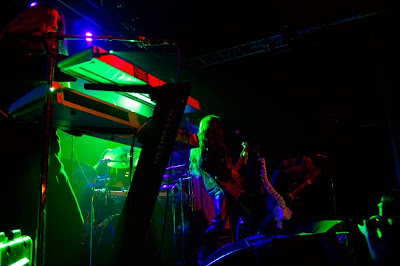 Listen to "Carach Angren - A Strange Presence Near The Woods" on Spotify
Follow tuneoftheday.blogspot.com on Spotify
Upplagd av Stones kl. 21:48