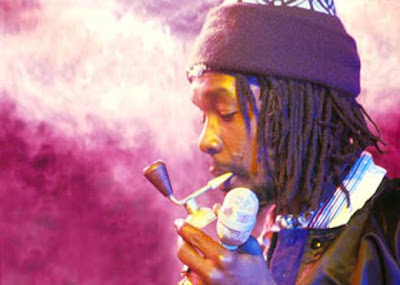 Singer, musician, composer, and rebel Peter Tosh cut a swathe through the Jamaican musical scene, both as a founding member of the Wailers and as a solo artist. He was born Winston Hubert McIntosh on October 19, 1944, in the small rural village of Grange Hill, Jamaica. He toured with the Rolling Stones and had an international hit with a duet with Mick Jagger, then toured again to equally rapturous world audiences as the headlining act. His words would cause an uproar at the One Peace concert, but then unlike fellow Wailer Bob Marley, Tosh always made his true feelings known. 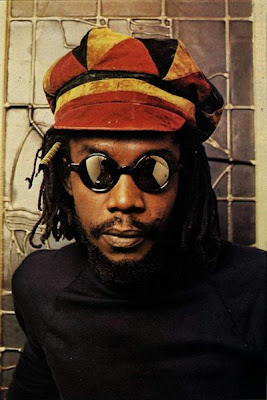 In 1983 did Peter Tosh a phenomenal cover of "Johnny B. Goode" which landed in the lower reaches of the U.S. Top 50. The single was a taster for his new album, Mama Africa, which also arrived that year. With a cast of musicians numbering in the "very many" range, featuring Sly and Robbie among the throng, this is a good record for fans of the book of Peter. "Stop That Train" and "Johnny B. Goode" stand out as the real gems here, but the entire record is worth your attention. The loping, rolling sway of the island sound and the serious message of music is Peter's stock n trade. A good record with a great cover. Can't ask for more than that. 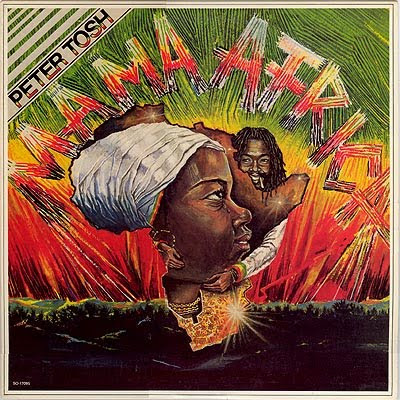 So enjoy todays version of Johnny B. Goode

Listen to "Peter Tosh - Johnny B. Goode" on Spotify

Email ThisBlogThis!Share to TwitterShare to FacebookShare to Pinterest
Etiketter: Reggae