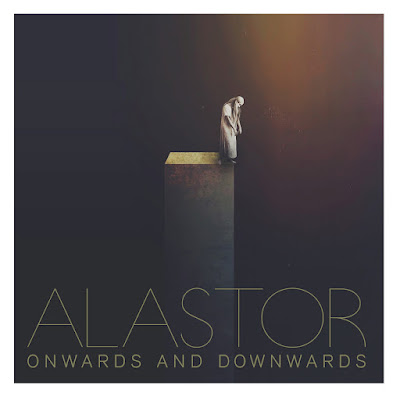 Monday, time to present last "Record Of The Week" for this season, yes it will back for the next season in August! A little summer holiday.

Swedish doom rockers ALASTOR are back and have hunkered down to summon the 7-tune spooky doomish gospel "Onwards And Downwards" is about (in the words of guitarist Hampus Sandell) “…one person’s gradual slip into insanity. An ongoing nightmare without end. It also sums up the state of the world around us as this year has clearly shown.”

ALASTOR is a four piece band from the southern parts of Sweden who plays psychedelic spooky doom with a focus on heavy riffs on high volume. They combine their love for slow music, grindhouse horror, doom and the occult to invoke a feeling of trance and fear in their listeners. The quartet released its epic 3-song debut album "Black Magic" in early 2017 via Twin Earth Records, followed by the 2-track “Blood On Satan’s Claw” EP on Halloween the same year that also included the excellent cover "Bad Moon Rising", by CREEDENCE CLEARWATER REVIVAL. Joining forces with RidingEasy Records in 2018 and released "Slave To The Grave", read about it here!

"Onwards And Downwards" contains seven spooky tunes with a run time of 46 minutes of old-school heavy rock, with a mix between doom metal and psychedelic hard rock. The tunes ozes with occult moods and distorted spookyness along with syrup heavy riffs, engaging melodies, and psychedelic vibes along with great vocals that woven in brilliant to the doomish ocean. The tunes are well written with great hooks and alot of catchy moments that makes this three-quarters a well spent time. 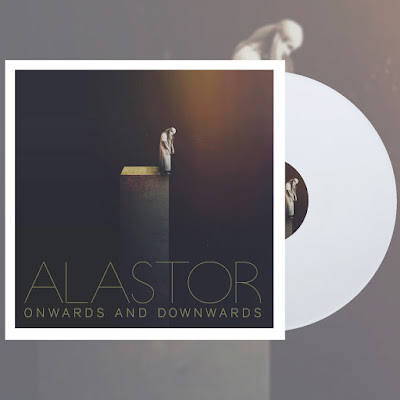 From the opening "The Killer In My Skull" the thick, slightly manic but incredibly well played and performed makes you almost drown in the sluggish liquid batter. Smiling as I gasp for breath when "Dead Things In Jars" creeps in, the distorted sounds makes you almost lose your balance. Almost twenty minutes have passed when it's time for really heavy drums at a slightly faster pace than we are used to when it comes to ALASTOR. This blasting rockers is a real threat on the album that includes a really cool bass groove and piano inlay. Back to the heavy and slower tempo in "Nightmare Trip", an excellent fuzzy piece from the band. "Pipsvängen" is an instrumenta acoustic beautiful piece which gives some respite before it's time for the last two toffees of the almost ten minute title track, a spooky graveyard thingie with some very melodic melody that is really haunting. It also have a great guitar interlude in the end. The ending piece "Lost And Never Found" is another heavy thick piece that closes up with the flag on the top. The album is well produced and sounds really good and organic. This is ALASTORs most accessible album yet and i'm really happy to hear some new tunes from these fellows and I do enjoy this album and highly recommend to get a copy wile you can! Release in May 28th, 2021 via RidingEasy Records 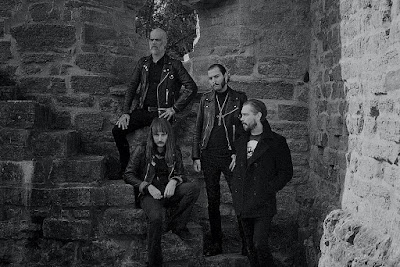