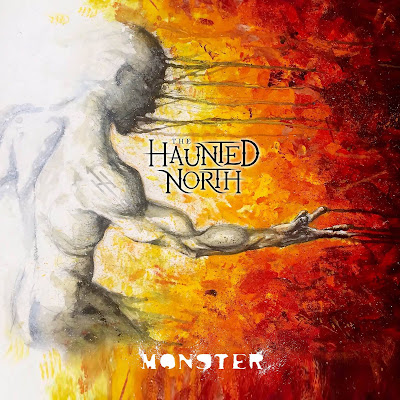 THE HAUNTED NORTH is a groove metal band out of Seattle, Washington, driving music, powerful vocals of merge in the band’s debut release, "Monster". Randy V (DAMIEN) and Canadian guitarist Sean Francis, along with ‘JD’ DeServio and Jeff Fabb (both from BLACK LABEL SOCIETY), create crushing groove rock as fresh as it is familiar. 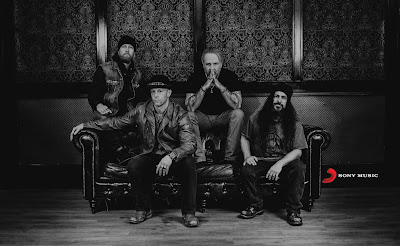 Singer Randy V was cutting his vocals at Bass-Mint Studios in New Jersey when THN co-producer and bassist John 'JD' DeServio told him the lyrics were out-of-place within the context of the whole album. The entire band (including Randy) agreed. The following morning Randy wrote the title track "Monster", which he describes as a life-long battle with codependency, born out of growing up in an appalling alcoholic environment. Justin Shturz (SHINEDOWN & SLIPKNOT) put the final mastering.

Regarding the lyrics, Randy states, "Sometimes the issue is not the addiction you were subjected to, but rather the unconscious need to be validated through hedonism and debauchery. It's a losing battle trying to fill an endless void right through the center of your being. That's what the monster is, blind, never-ending hunger, either trying to feel alive and known, or completely annihilated. There is no in between. The battle is fought with vigilance, everyday. It creeps up on you when you're not watching and destroys the people who actually love you. It's a beast to be reckoned with."

Listen to ”The Haunted North - Monster" on Spotify!