King Of None - Yellow Snake King 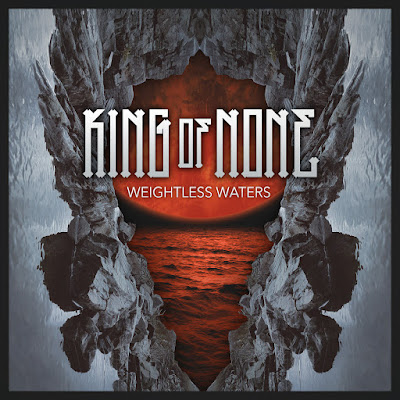 KING OF NONE is a heavy rock band with psychedelic and progressive touch that was formed in the arctic wastelands of Finland in 2013 by vocalist Miiro Kärki, guitarist Aleksi Kärkkäinen, drummer Patrick Enckell, bassist Juho Aarnio and guitarist Juha Pääkkö, on the ruins of another band. Since its formation, the band has been combining heavy stoner rock riffs with psychedelic jams and progressive elements, culminating in energetic and dynamic live performances. Influences include KYUSS, SLEEP, ORANGE GOBLIN, MASTODON, TRUCKFIGHTERS among others. 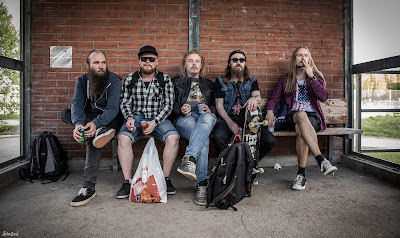 The band has released three EPs and played shows along the coast of southern Finland. Notably, they’ve been featured on Spotify’s editorial playlist "Metallia Suomesta" (Metal from Finland) with their song “Yellow Snake King” and several music podcasts, see it below. Currently, KING OF NONE are playing live shows to promote their third EP “Weightless Waters” released in May 2019.

"Weightless Waters" is thier third EP. Recordings started in the summer of 2017 and production finally culminated with a release in May 2019. It was a long trip marked by a determination of doing everything better than previous times. Six songs with a broader variety of style than before, but still including all of the usual tricks we hide in our sleeves plus some new ones! Enjoy some stoneriffic tunes written and performed for the love of playing heavy music together and creating something new for all to listen.

Official King Of None Bandcamp

Listen to ”King Of None - Yellow Snake King" on Spotify!