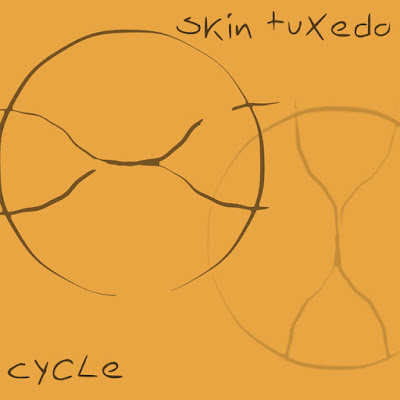 SKIN TUXEDO is a Danish alternative rock/stoner band that started as a one-man-band in late 2012. Inspired by the sound of the '60s & '70s combined with a more modern feel. Ivan Boel Stenger (DELIRUM CORDIA) started writing songs and with little effort, he suddenly had a handful of songs that were beginning to define his new project: SKIN TUXEDO.

Soon after starting this project Ivan got a record deal with Sliptrick Records and released the self-titled EP Skin Tuxedo 25. march 2013. Since then the band has grown with guitarist Jesper Dalsgaard, drummer Frank Beck Hansen and the bassist Henrik "Duplo" Sørensen.

The bands goal is to make relevant and honest music, whether it´s beautiful, atmospheric and melancholic songs or just plain rock songs.

Today's tune is the title tune from the debut album "Cycle", the video clip is filmed live at "Mono Goes Metal" in Aarhus, Denmark, enjoy!