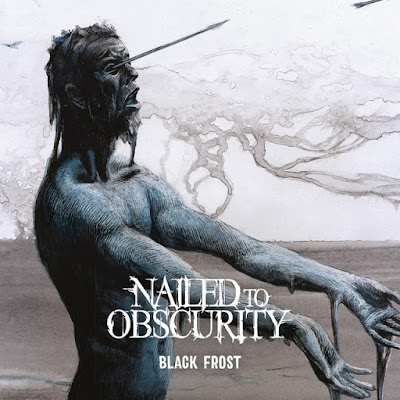 Esens, Germany. Nestled at whatever-end of Lower Saxony, where the East Frisian Islands form a barrier against the wailing North Sea, the town of 7,000 has slept the years away. Most people haven’t heard of Esens, once home to Baroque composer Philipp Heinrich Erlebach. But if they have, they’ve often confused it with Essen, Germany’s ninth largest city. Well, that’s about to change. Not the confusing part, but the fact that rising death metal stars NAILED TO OBSCURITY are about to put Esens on the proverbial map with new album "Black Frost", the first for them at Nuclear Blast Records.

Dealing with profound stories about the depths of humanity, NAILED TO OBSCURITY entangles the listener in a web of melancholic lead guitar melodies, sheer heaviness, slight progressive twists and turns, and an overall dark and irresistible atmosphere.

NAILED TO OBSCURITY formed 2005 as a death/doom act, tastefully named after a track from HATE ETERNALs debut record.

They just finished a Tour With AMOPRPHIS, SOILWORK and JINJER. 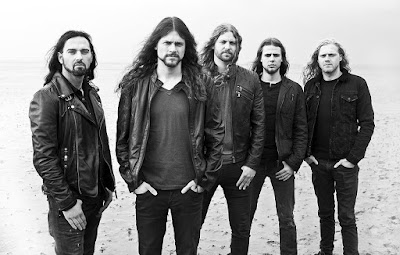 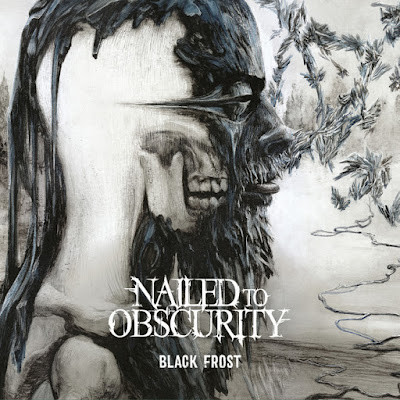 Today's tune is the title tune from the bands latest release "Black Frost".

Vocalist Raimund Ennenga explains the song's meaning, "While we try to route our sanity through daily grind and to skip facing our fears, our darkest emotions are able to create a burden in secrecy - they are able to cause our mind to capsize. We tried to capture this atmosphere in the lyrics and the music of our song "Black Frost". A sinister maelstrom." Enjoy!

Listen to ”Nailed To Obscurity - Black Frost" on Spotify!