Candlemass - The Door To Doom 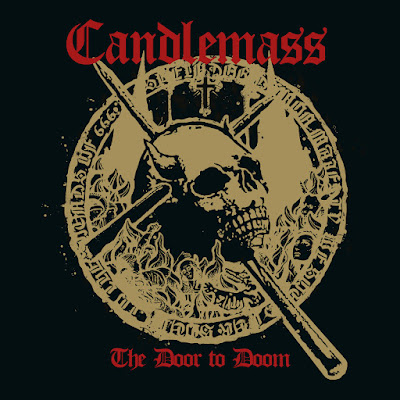 New week, time to introduce the "Record Of The Week".

"The Door To Doom" the latest and twelfth studio album from legendary Swedish doom heavyweights CANDLEMASS and for the first time in 22 years, original vocalist Johan Länqvist (who left the band after singing on the legendary 1986 debut Epicus Doomicus Metallicus) reunited to bring their next unholy preachment with big steps and invites BLACK SABBATH guitarist Tony Iommi to make a guest appearance on one track. Even if I just got used to hearing the voice of Mats Levén on a CANDLEMASS tune, wonder what happened to him, anyway it's great that they have convinced Johan to get back again and he does a great job with the singing duties on the album. His vocals have hard rock, bluesy sound that gives the tunes another layout that we have got used the last decade. The singers have been changed quite often during their carrier but the main band has been consistent since 2004. Consists of the main man Leif Edling on bass, Mats Björkman and Lars Johannsen on guitar and Jan Lindh on drums. 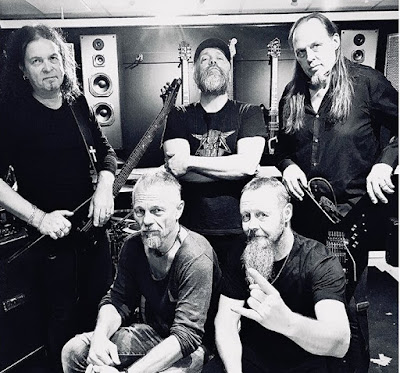 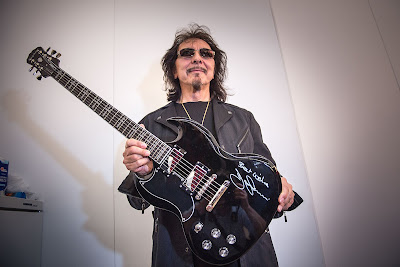 "The Door To Doom" consists of eight tunes spread over forty-eight minutes of play time. The music picks up right where the band left off last time, doomish mid-pacing riffing along with heavy atmosphere where they hail the demon with an unholy sermon, the guitar solos are amazing and they keep a great groove in the tunes with menacing melodies and crawling tempos. The sound quality is superb, could be the best I have heard with the band. 'Good Morning Demon Majesty' is the first lyrics in the album opener, the driving character "Splendor Demon Majesty", a groovy piece with a catchy chorus, heavy riffing, great solo. The tune follows up by a grand riffing of "Under The Ocean", opens up gently and soft before it burst out like a wild volcano. In the next one in line "Astorolus – The Great Octopus” that features an amazing guitar solo by the guest appearance Tony Iommi. Here we get one of the highlights on the album, a powerful doomish piece with an astonishing guitar solo. This follows up with a sorrowful and moody "Bridge Of The Blind", a soft and beautiful piece with very sensitive and touching vocals by Johan, an emotional guitar solo by Lars. "Death's Wheel" is a heavy and catchy musical tune, bombastic drum beat and wild guitar rhythm. A tune that follows the same recipe is the crusher "House Of Doom", the first tune out of this album, back then with Mats Levén, now with Johan doing the vocal duties. The tune also has a cool church organ solo in the middle part that gives the tune the little extra. "Black Trinity" is another heavy piece, the creepy atmosphere in the riffing gives the tune a darker and demonish pallet for Johan to work with. Wonder if Tony Iommi was here as well, the solo is brilliant. The album closes with the epic "The Omega Circle", a superb tune that shows that Johan hasn't aged a year since his last performance. The tune is greatly balanced with all the involved and let them perform at their top and gives the tune good variations of moody and powerful heavy doom. A giant ends this album.

Well done lads and I really hope that you work together and gives more music to love in the future. All I want to do I start all over again.

I was lucky to see them live a week a ago when they performed at the Globe as the support act for GHOST. They did a great performance and sounded really good live. But if they do a show as a headliner at a smaller place here in Stockholm I certainly will go.

Sum: "The Door To Doom", epic world class doom metal that relies on slow mammoth riffing might have released the doom album of the year? Well for god sake, don't miss this one.


Today's tune "Astorolus - The Great Octopus" is taken from the album "The Door to Doom", released on February 22, 2019, Napalm Records.

Listen to ”Candlemass - Astorolus - The Great Octopus" on Spotify!