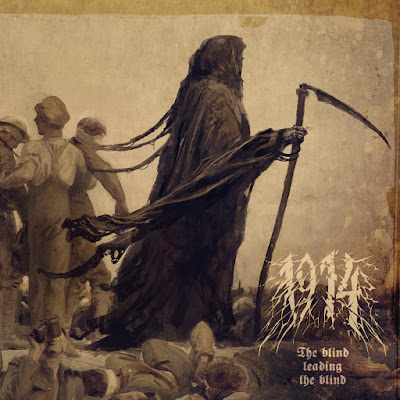 1914 was the year that saw the beginning of what became known as World War I, after an heir to the Austrian throne was assassinated by Serbian nationalist Gavrillo Princip. It is also known as the First World War or the Great War, was a global war originating in Europe that lasted from 28 July 1914 to 11 November 1918. Contemporaneously described as "the war to end all wars", it led to the mobilisation of more than 70 million military personnel, including 60 million Europeans, making it one of the largest wars in history. It is also one of the deadliest conflicts in history, with an estimated nine million combatants and seven million civilian deaths as a direct result of the war, while resulting genocides and the 1918 influenza pandemic caused another 50 to 100 million deaths worldwide.

That warfare is the most consistent topics in the metal world is a fact, there are thousands of bands whose lyrics are all about war in all its forms, but I have never heard a band that lived into this historical madness and executes it as well as 1914. The band's musical style is Blackened Metal, grinding death metal riffs, doomy melodic layout, fluctuate tempos and fermenting death.

1914 is a Ukrainian Blackened Metal, hailing from the Ukrainian city of Lviv, a band that is totally obsessed with the barren World War I, as far as with their second full-length "The Blind Leading The Blind" was released at the 11th hour on November 11th in order to be released at the exact moment of the 100th anniversary (Armistice Day) of the end of the war. Pretty cool indeed, especially if you want to get some headlines and get some attention which they did.

"The Blind Leading The Blind" is a heavy piece of war history and really shocking at the same time. The album is an emotional rollercoaster and if you let the music take you it can be a really uncomfortable journey were you can feel the bullets fly in the air, the bang of bombs makes you almost completely deaf, body feels completely stiff in the cold nights and the skin completely wobbly with the trapped moisture in the hideous trench, you feel the scent of all corpses sink into the mud, you can feel the death everywhere so completely lose reality when you are stuck and have nowhere to go, just raise your head and you will be killed, almost that you will do it to end this misery, it’s just war, trenches, fear, hopelessness and endless death around of you. But you don't have to take it so literally, then this is a really damn good album. 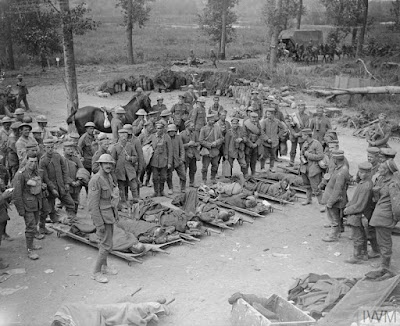 "War In" is British recruitment propaganda, probably 100 years old that gives us some false data about joining the war opens the album before the first real tune takes place of "Arrival. The Meuse-Argonne" where the band kicks of some heavy musical firepower and extreme artillery, is an eight minutes armoured barn burner. The heavy German tank is moving slowly against the enemy in "AV7 Mephisto", a deadly atmosphere with blasting drums, harsh vocals and furious riffing make this tune a highlight and it's not the only one. Bullets, screams, and death is the intro of "High Wood. 75 Acres Of Hell", an extreme piece of music, blasting madness with a very melodic part in the chorus. The cover on THE EXPLOITEDs "Beat The Bastards" manages to just flow along, a bagpipe opens the tune before it explodes into an inferno to win the fight. The ex-BOLT THROWER vocalist Dave Ingram makes a visit on "Passchenhell", the tune is a real slaughter, raw and unpredicted. The narrating start of "C’est Mon Dernier Pigeon" make you chipping breath or the ten minutes long closer "The Hundred Days Offense" that builds up slowly with an acoustic intro, heart-wrenching monologue clip from "All Quiet On The Western Front" a real highlight of forgiveness, absolutely epic ending. 1914 is tackling the historic subject in a serious way, it's powerful and intelligent riff-machine that found a unique way to conqour our bloodstained history. An album that you should not miss. 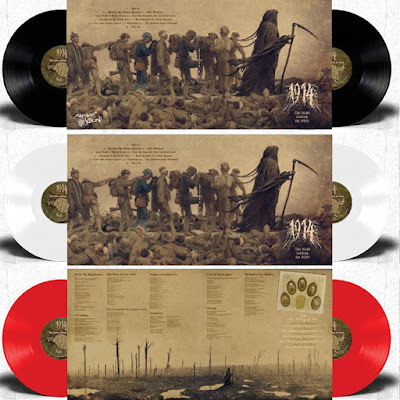 Sum: A excellent lesson through the recesses of our bloodstained history, this album is essential in your collection. 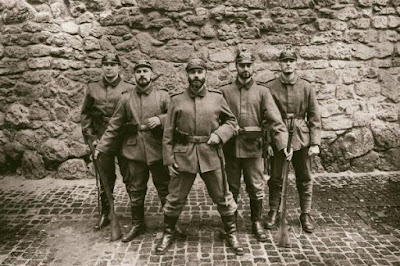 Today's tune "The Hundred Days Offensive" is the last song on their latest album "The Blind Leading The Blind", enjoy!

Listen to ”1914 - The Hundred Days Offensive" on Spotify!