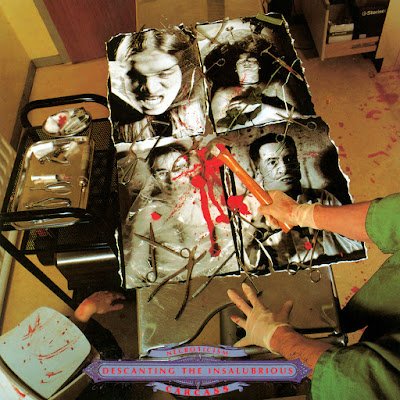 The British Metal band CARCASS takes us inside an autopsy for this gnarly song. Lead singer Jeff Walker wrote the lyrics, which incorporate many pathology terms: deviscerated, imbrued, chondrin. 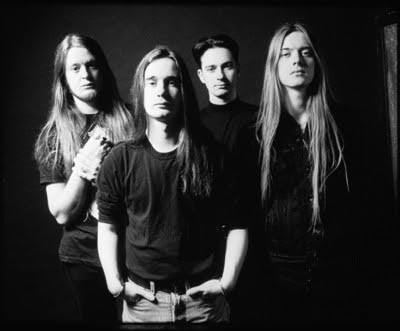 Today's tune "Corporal Jigsore Quandary" is taken from the third album "Necroticism – Descanting the Insalubrious". It was released on October 30, 1991, through Earache Records. This album is the first to feature guitarist Michael Amott. Many of the tracks describe economical ways to dispose of dead bodies. "Necroticism" continues the move towards a predominant death metal sound which was started in "Symphonies Of Sickness", featuring songs with longer sections and complex structures more akin to the then-burgeoning technical death metal subgenre.

This focus on the post-mortem is a common theme in Walker's lyrics. He researched the medical terms but says that they are not entirely accurate. Medical students, however, seem to appreciate it. Said Walker: "We've met people who have become doctors or nurses or pathologists or meds as a result of listening to our band, which is really cool. It's really awoken an interest in people, these subjects." (Here's our full Jeff Walker interview.) A track from the third CARCASS album, the lineup was Jeff Walker on bass and lead vocals, Bill Steer and Michael Amott on guitars, and Ken Owen on drums. Walker says that this track came out of their determination to do something different. He explained in our interview:

"With some riffs it's simple: you know where the words are going to fall. It's just a matter of filling in the gaps, the blanks, put them down. With 'Corporal,' even though it's got a kind of chorus riff, there is no real chorus, because the words in there are repeated. That's something that was deliberate back then because my attitude as a 19 or 20-year-old was that chorus of being lazy - just repeating the same thing. That just illustrates how awkward we were when we were young. In fact, we were fighting against just being obvious."