Mastodon - Curl Of The Burl 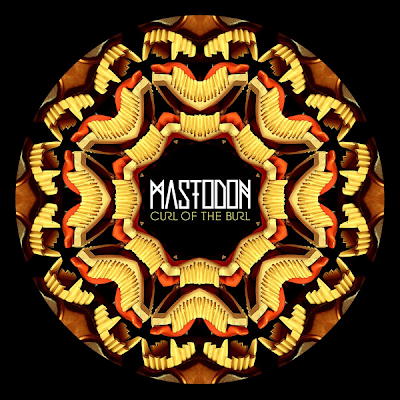 The Hunter is the upcoming fifth studio album by the American heavy metal band Mastodon. It will be released through Reprise Records on September 26, 2011. The Hunter will be their first release with producer Mike Elizondo (whose credits include Fiona Apple, 50 Cent, Alanis Morrissette, Avenged Sevenfold and Maroon 5).

Watch the new clip with found footage of Todays Tune "Curl Of The Burl" taken from Mastodon's upcoming album "The Hunter" Directed by Aaron Hymes. This tune was released on August 12th.

Do you listen to Mastodon and snarl, "I could do that"? Prove it, dammit! Add either your own lead guitar or drums to their new song "Curl Of The Burl." Do your best or your worst and upload the results for all to hear, click here to read more and enter the Challenge!

Mastodon's latest track "Curl Of The Burl" off their upcoming album "The Hunter" has just been released into the void, and now you can put your rock skillz to use. Just download either a version without the lead guitar or one without the drums, record your own talents and add 'em in, and then upload your new version through Soundcloud.

2 runners up get:
* $50 in the Mastodon online merch store
* 1 year pro SoundCloud account

One loser gets:
* An empty bag of chips. Probably Fritos.

Here is one of the entries in the contest, his name is Michael Johnson, here is his version of "Curl of the burl (Acoustic)" actually sounds quite ok, check it out!

Listen to ”Mastodon - Curl Of The Burl" on Spotify here!