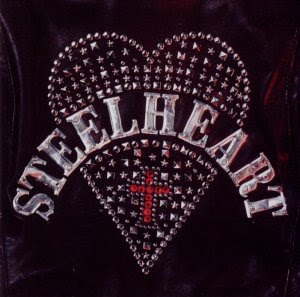 Steelheart is a glam metal band based in Norwalk, Connecticut. Formed in 1990, the band is fronted by vocalist Miljenko Matijevic. Steelheart started off as a rock band called Red Alert whose members included James Ward (bass), Chris Risola (guitars), Jack Wilkenson (drums) and after auditioning, Miljenko Matijevic on vocals. Frank DiCostanzo joined as a second guitarist and John Fowler replaced Jack Wilkenson on drums, after leaving the band Rage of Angels. Recording a four-track demo tape, Matijevic managed to meet artist manager Stan Poses. Poses wasn't interested but the next day, after hearing the demo tape, called confirming that "Red Alert" had just been given a contract with MCA records. Realizing that the Red Alert name was already taken, the band settled on Steelheart allegedly because of their attitude after trying to get a record deal for so long. 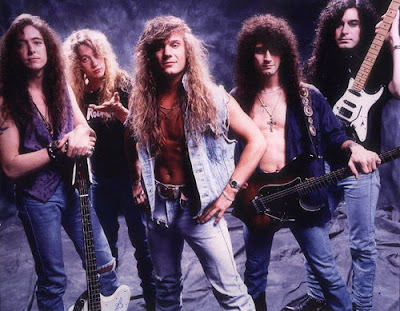 Todays tune She's Gone is a beautiful piece from the band, could be one of their biggest tunes aswell, its a real ”Killerballad” and its taken from the first self titled full-length album by the band.

And a hint for tomorrow - More Steel…