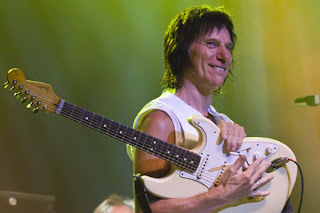 This guy is just soooo fabulous in his guitar playing..
I wanted to have some good guitar playing so today I choose Beck!
Mmm love it.

Its coming from an album I heard when I was in my youth
"Wired" came out in 1974 I think.
The famous Jan Hammer was the keyboardist this album,
listen to it and enjoy folks!
Pls notice that he have a female bass player :) 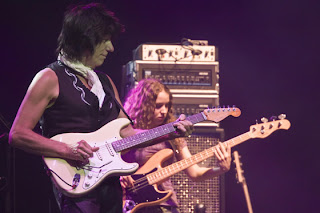 Who is he ?
Geoffrey Arnold "Jeff" Beck is born 24 June 1944
and are a English rock guitarist.
He is one of the three noted guitarists,
along with Eric Clapton and Jimmy Page.
Jeff Beck was ranked 14th in Rolling Stone Magazine's list of the "100 Greatest Guitarists of All Time". MSNBC has called him a "guitarist's guitarist" and Rolling Stone magazine has described him as "one of the most influential lead guitarists in rock". 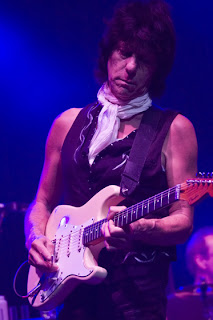 Okey hold onto something, he have done 18 studio albums
and 5 live and 2 compilations.
Thats something..huh :)