Alter Bridge - Slip To The Void 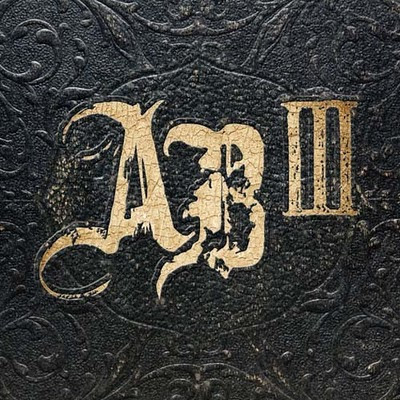 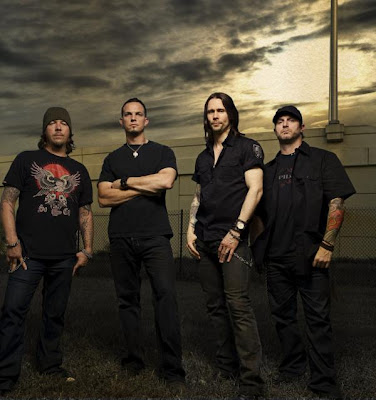 Alter Bridge is out on tour and yesterday they did a visit to the Arenan, Fryshuset here in Stockholm, they have been in Malmö and tonight they play in Gothenburg. 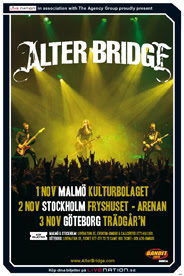 The Alter Bridge made up of a bunch of very nice guys, there's no doubt whatsoever. The stage is set up on the "Little Arena", just as it was last time they were here. This was the third time I've seen Alter Bridge live and all performances have been at Fryshuset, two in the Arenan and one at Klubben, i hope that they chooses a new arena for next time ☺. A good choice would be the intimate little scene "Circus", but it's probably likely too small for the next time they come over.

That this has been a fascinating journey, mean of course the band's development, not because so much has happened except that the band has become more tighter during the years. Alter Bridge is a great live band, it is not the show's sake, but here there is an incredible joy and love for what they do and it shows clearly that they have fun at work which is contagious to the audience and results to the job they have become much, much easier than it was like four sour old men who just did this.

Alter Bridge popularity is steadily increasing in Sweden and after an absence from these cold regions attracted considerable interest in this gig.

While they was absent, has the singer Myles Kennedy has played and toured together Slash, The other three are reunited with Scott Stapp and Creed brought back onto the road.

They opened the show with "Slip To The Void" from the new album, before they went back to the older songs from the previous albums. The show was loaded more towards the older material than the new album, but with a good variation back and forth. Tunes like "Before Tomorrow Comes", "Buried Alive", "Brand New Start", "Blackbird," "Watch Over You," "Broken Wings", "Brand New Start", "I Know It Hurts" and "White Knuckles" played during the evening.

A really fun thing during this gig was just before the gig, a taxi turned up with a little loose "VIP" people in my eyes, added not so much considering to it, but there was one of the guys who looked unusually cool and I thought quickly that it is well some guy who likes "Guns n 'Roses", in view of Sunglasses and a the hat, a rainy autumn evening as this when it was pitch black out ☺. My wife comes up to me and says "Is that not Slash standing there, I said, no, I do not think so".

However a bit later when the gig was well under way, that same guy knocks me on the shoulder and ask what the song is called that they play, I turned around and answer a bit shaky ... Blackbird.
When the penny dropped down and I realize that I'm standing next to Slash and check out the gig.


Just before the last song at the gig and before it will be time for an encore, Myles fit to make an acoustic number, and the band gets off. That's when they discover that Slash standing there, and everyone greets each other, Mark asked Slash if he will not come up and play a bit, but Slash screws a bit on him self, and respond that it was not quite what I had in mind, Mark insisting, you can take my place, that's ok, would of course shit fun and fun for Myles otherwise. Slash screws even more, and doing a Shakespeare, Should I or Should I not ...looks at me and asks "Should I"? I respond fast as hell, of course, do it. Slash nods and picks on his sunglasses and takes off his leather jacket, the band has returned to the stage to completed the first set consisting of a short brejk before the encore. The band comes down and decides with Slash that he may come up on the last encore "Rise Today" The band returned on stage and tear off the new single "Isolation" and then will surprise no one had anticipated it in little Sweden and at Arenan, Fryshuset of all places, Slash gets up and the crowd goes bananas, what a fucking surprise, will probably be a gig that will live a long time in memory.

Swedish April Divine opened up the night and unfortunately I missed completely, did not really fit into my schedule but it is a band that I certainly run into sooner or later.

Here is some pictures from the show. 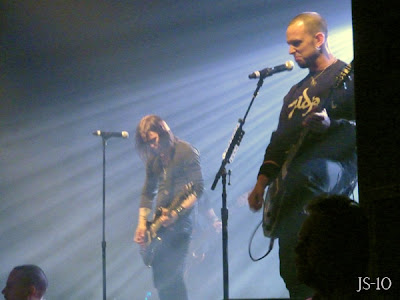 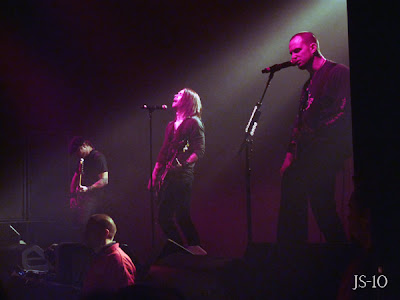 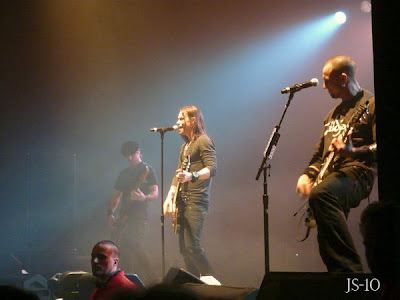 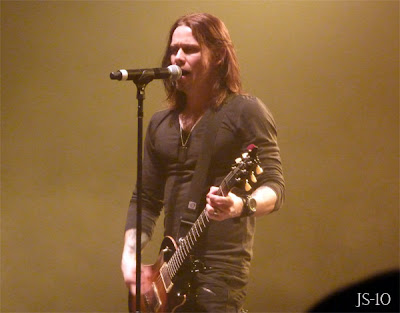 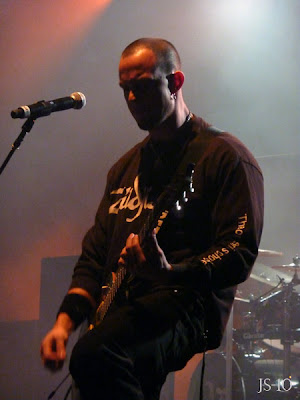 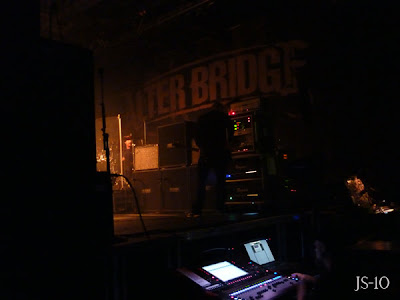 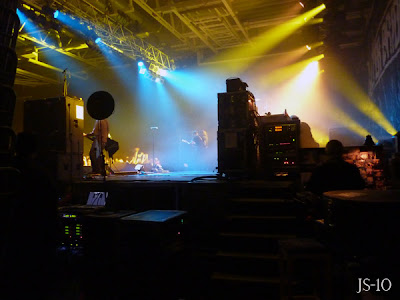 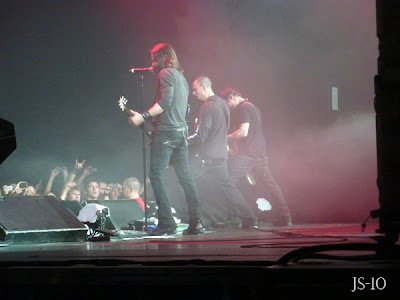 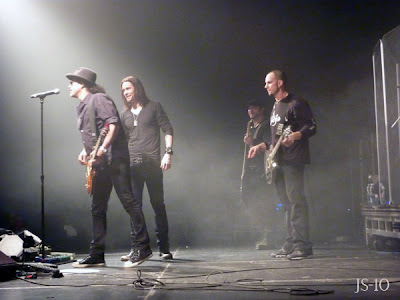 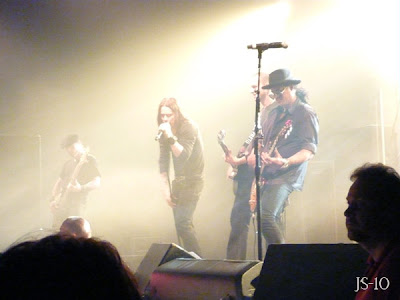 To wrap this up we takes a tune from the new record, enjoy!

And a bonus video with Myles Kennedy & Slash with the tune Civil War.

Rest of the tour.

And for last, a video of making of the new record, check it up.

Listen to "Alter Bridge - Slip To The Void" on Spotify