Airbourne - Bottom Of The Well 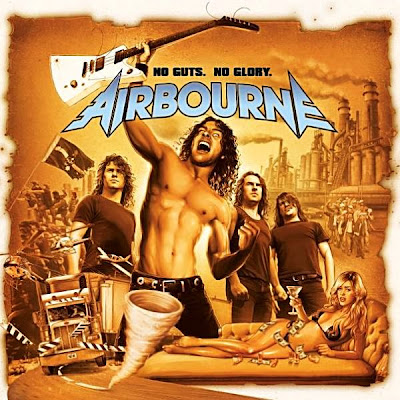 Blog colleague Chief did yesterday a visit to the Tyrol to see Airborne live and as usual there will be a lot of nice photos during the gig again with some feelings and impressions, I think this is great fun, almost like you're there during show. So there was lots of Airborne on the unit last night while I sat and painted, a hobby that I have. So we offer a song by Airborne today and share some pictures from Chiefs camera. Check out his pictures here, read the review about the gig here, i guess it will be up soon at WeRock.

Some words from Chief!

"Totally insane concert in the Tyrol, with a front man in the worldclass, who played on the bar out there in the audience, from the railing on the balcony, opened the beer cans with his head and .. yes. Let's say like this - it would not really surprise me if it turns out that Angus Young from AC/DC is the father of Joel O'Keeffe of Airborne! Completely crazy, actually.

He told me that the support act Enforcer had to cancel thier perfomance because they collided with a snowplow just before the gig." 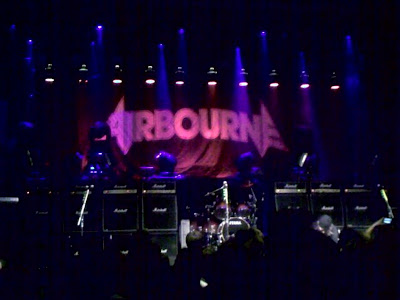 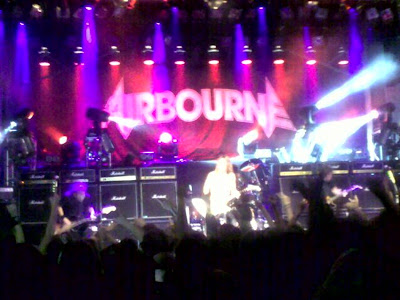 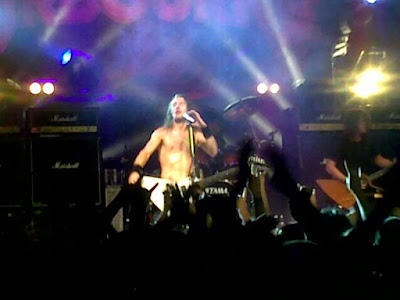 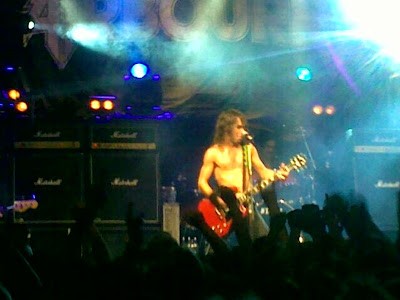 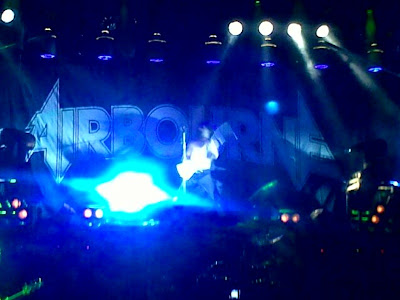 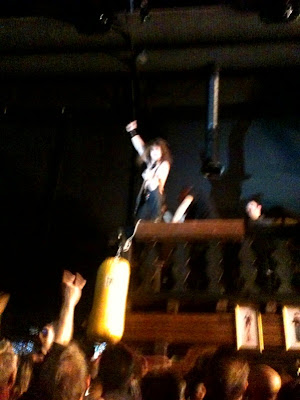 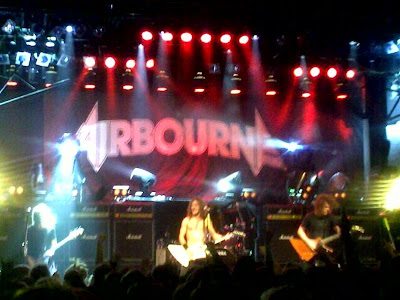 Todays tune "Bottom Of The Well" is taken from thier latest record "No Guts. No Glory." Enjoy!