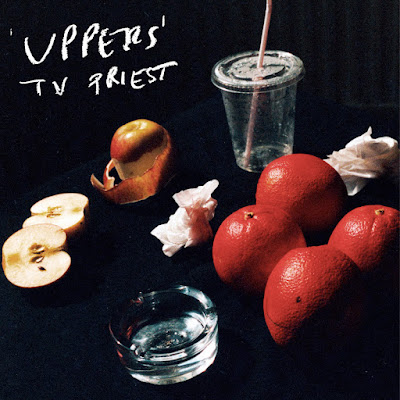 They signed to Sub Pop after only having played one gig in an industrial freezer in November 2019, with other concerts cancelled due to the COVID-19 pandemic. Their debut album, "Uppers", was released on 5 February 2021 by Sub Pop. 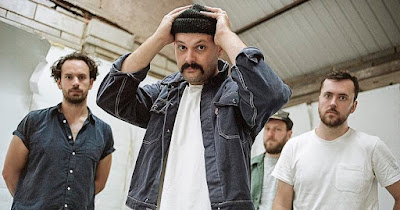 Life isn’t quite like that though, and the debut album from London four-piece TV PRIEST instead embraces the beautiful and terrifying unknowns that exist personally, politically, and culturally.

Posing as many questions as it answers, "Uppers" is a thunderous opening statement that continues the UK’s recent resurgence of grubby, furious post-punk music. It says something very different though – something completely its own.

The first impression of "Uppers" got me thinking of the Swedish V**AGRA BOYS, even if they make it thier own creation, but it may be the best parable if you need somekind of lead.