Monday, time for "Record Of The Week".

The Borlänge rockers GREENLEAF are back with a new full-length album. These Swedish stoners have been visiting Tune Of The Day on regular basis. GREENLEAF started as a side project in late 1999 by Tommi Holappa, Daniel Lidén and Bengt Bäcke. Since then they have released an impressive seven albums and one EP, where the latest is "Hear The Rivers". The category "Stoner Rock" that these guys have burn marked into their flesh can be heard on the new album even if the wings are wider than usual, the styles vary from dirty classic rock riffing, heavy blues rock, swampy desert rock to stoner rock. The sound is both characteristic and personal, heavenly groovy, easily identifiable and very catchy, you know, hard to sit still. 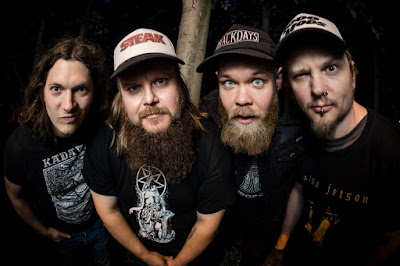 "Hear The Rivers" open up with the energetic "Let It Out!", drums and a fat bass-line signed Hans Fröhlich, along with a fuzzy and catchy riff by Tommi Holappa kicks this steam packed tune-up to the blue, stuck in the bubble and you just want to get out!. "Sweet Is The Sound" an old-school bluesy soul piece, riffy and far out, brilliantly performed by the band. "A Point Of A Secret" is a drum driving tune where Sebastian Olsson keeps the tempo, catchy melody with personal lyrics, great vocals from Arvid Hällagård and smart riffing. "Good Ol’ Goat" is a real stomper, knocking drum intro, bluesy and soaring vocals, distorted heavy swampy blues with a great swing. "The Rumble And The Weight" fuzzy riffing with a hypnotic and intoxicating rumbling melody that will trance you right on the spot. "We Are The Prawns" a slower piece, with great vocal performance and deep lyrics. The sharp straightforward rocker "Oh My Bones", pretty solid tune. "In The Caverns Below" is another powerful tune, with terrific grooviness, riff climbing and energetic drumming. Another generic rocker is "High Fever", that makes your body move every muscle, very dangerous tune to play in the car with its high energy and glowing guitars. The last tune, the album closer "The Rivers Lullaby", an eight-minute psychedelic anthem, bluesy with a brilliant vocals, light fingers with thoughtful sweep on the guitar strings to some real sludgy riffs, emotional drumming, fat and chunky basslines with a bombastic ending makes this tune an adventurous experience, a brilliant choice to end a marvellous album. 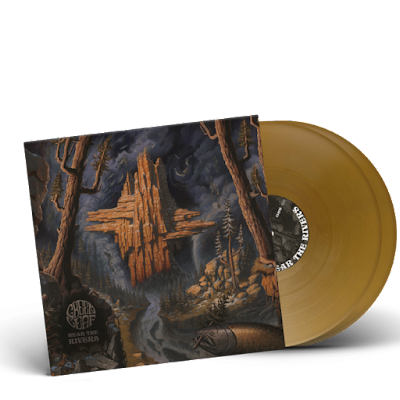 "Hear The Rivers" is a solid album with a superb musically handcraft, greatly produced and well written. The album was released through Napalm Records November 9th. The album was produced by former GREENLEAF- and DOZER drummer Karl Daniel Lidén (CRAFT, BLOODBATH, CRIPPLED BLACK PHOENIX). The bearded dudes will hit European roads in November. 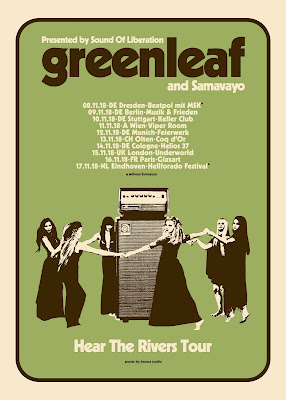 Sum: "Hear The Rivers" is an absolute gem of an album. Don't miss this!