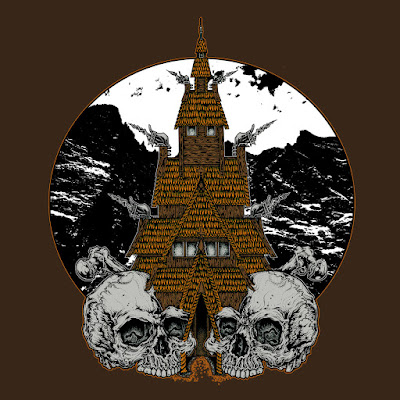 The Norwegian rockers TEMPEL released their self titled debut album on March 23, 2018. Yes it took time to find its way from Vestfold, Norway to Tyresö, Sweden, but it was worth it, as this is one hell of a debut. The album was mixed by Vegard Liverød & Bjarte Lund Rolland, mastered by Nick Terry. 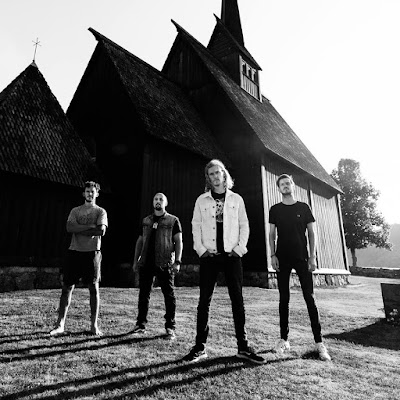 TEMPEL was founded by three brothers, Inge Gjermundrød (bassist/vocalist), Kjetil Gjermundrød (drummer) and Espen Gjermundrød (guitarist) - along with their best friend Andreas Espolin Johnson (guitarist) to complete the band. They used a couple of years to develop their sound until 2018 when they released their debut album with a northern Europe tour doing support for KVELERTAKs sideshows while they were touring with METALLICA! 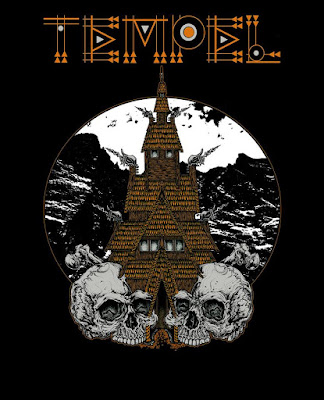 TEMPELs music is eclectic mix of all genres of the harder brand of rock, melodic and in the same time very brutal and delicate. Harsh vocal mixed with partly gentle singing. Shredded riffing on the twin guitars, meaty bass licks and tight drumming is the layout for a terrific playtime with TEMPEL.

The first thing that pops in the head after a spin on this album is of course KVELERTAK, the main band for the drummer Kjetil, when he doesn't play for TEMPEL.

The debut album opens up with the fast shredding rocker "Vendetta", harsh vocal in a melodic and trashy environment. In the following tunes "Wolves" and "Uninvited" are two really sweaty songs, the first one with a meaty and glamorous intro before it burst out to a furious hardcore, the second kicks on right on the spot and catches the breath a few times before they play the last note. "Afterlife" is a real killer, melodic rambling, shredding riffs that will glue into your forehead forever, screaming vocals and hunting choirs that cuts deep in your soul. "Confusion" is another melodic and riffy piece with nice choirs singing from the band members and not nearly as frantic vocals as the other tunes. "Forest Cemetery" starts neatly with the mouth harp, before it rhythm section takes over and shortly erupts to a riffy mayhem for approx one minute, then slows down to a melodic and instrumental path, slowly again is accelerate back to hit its peak. "Fortress", marching intro and memorable riffing, catchy and melodic. "Torches", starts with beautiful guitar play until the tune fires up into classic melody that is really nicely executed by the band. With a little slower pace with emotional and the album ending "Farewell", softer with gentle vocals until it blows away shortly into a scream of madness, the tune is featuring Benedicte Edvardsen from MOWLITH as guest vocalist

Sum: This debut is totally irresistible!

Listen to ”Tempel - Afterlife" on Spotify!