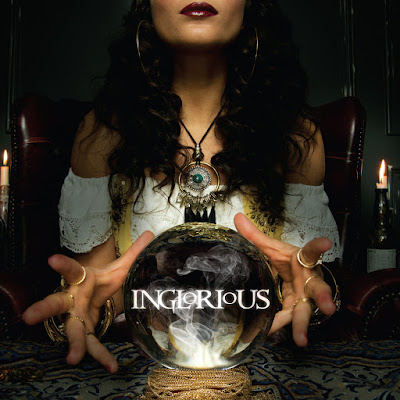 Monday, New Week, New Year! It's time to introduce the first "Record Of The Week" for this year.

"Inglorious" is the self-titled debut album from the rising Hard-Rock band, INGLORIOUS. The album was release on Friday 19th February 2016 and is the "Record Of The Week".

You can hear some of the classics in the rock genre as DEEP PURPLE, LED ZEPPELIN, WHITESNAKE, BAD COMPANY, AEROSMITH, THE ROLLING STONES to name a few in INGLORIOUS music. 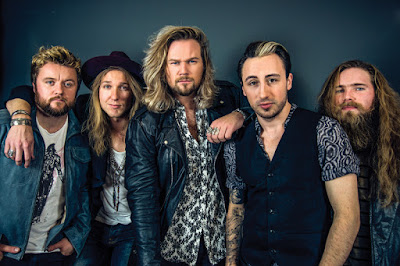 "Inglorious" is an eleven tune strong album that starts with the killer lead tune "Until I Die", heavy organ, melodic bluesy rocker that really kicks, excellent vocals from Nathan James. "Breakaway" is a hard hitting rocker with a more screaming vocal approach. "High Flying Gypsy" slows down the tempo a notch and gives the listener a modern twist on a Zeppelin vibe. "Holy Water" is amazingly brilliant tune with powerful bluesy riffs and vocals that really will melt your is black hearted soul down to pure holy water. With half pace start of "Warning" it's like a heavy truck moving uphill before it reached the top and start to roll down, then the tune is rolling as a real swagger with a twin guitar attack. The heavy bluesy ballad "Bleed For You" is a real soulful thing, great vocals, beautiful guitar solo. Follows up in the same path with "Girl Got A Gun". "You’re Mine" tunes it up a notch with a more heavy riffing approach. "Inglorious" is really a great piece with it's monotone heavy riffs and big heart pounding bass line. "Wake" is a acoustic piece with wonderful vocals. The album closes up with the rocker "Unaware" that ends with a amazing piano fill.

"Inglorious" is a classic Hard Rock album, big guitar riffs, and soulful vocals. The production is top notch with it's sharpness, it’s crisp, but still keeps the warmness! Well done there. After a listen to the self titled album you will quickly find out that this is the future of British rock.

Sum: It's a very convincing debut that any rocker should listen to.

Today's tune "Until I Die" is taken from their self titled debut album "INGLORIOUS", enjoy!

Listen to ”Inglorious - Until I Die" on Spotify!