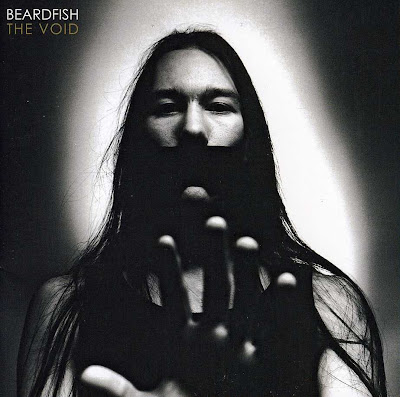 Monday! That means it's time to present this week's album! Today it's the Swedish progressive rock band "Beardfish" and their latest album "Void" that receiving the honor to take place on the Tune Of The Days Record of the Week.

But first some history, Beardfish is a Swedish progressive rock band formed in 2001. Their style resembles progressive rock bands from the 1970s, such as Yes and Genesis. The band was signed by InsideOut Music after releasing two albums independently; they have since released five more albums, so seven in total! 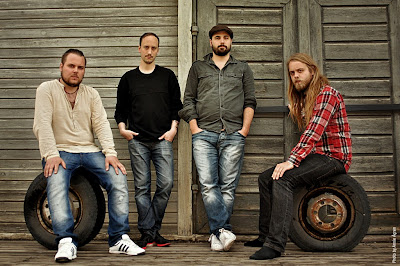 The band is out touring atm, the started Sept. 9 2012, Beardfish will be the support act for all European dates for the band Flying Colors.

This weeks album "Void" As previous releases a unique experience which gives the listener memorable melodies, brilliant playing, often very clever lyrics. Since 2006, the band has released seven albums, more than one each year, pretty good in my eyes! And every album is very good in their own way. The Void is just another excellent album in the band’s ever-expanding catalogue.

I will not be particularly deep about this album, but will leave you to dig down in it. It's is released on Spotify, to hook it up and listen. The Void demands attention. Each song differs from the last, offering focal points of an endless variety to keep you interested throughout. The Void is born in to a line of great albums with fantastic reputations, and fails to break tradition. Beardfish push the boundaries of progressive rock delivering their most hard-edged and ominous record to date. Seven albums deep and keeping the musical dialogue going strong!